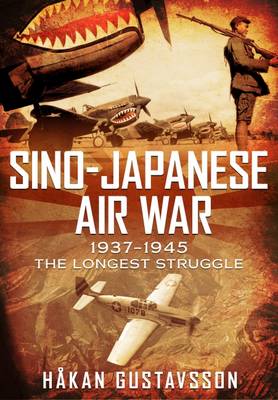 The Sino-Japanese war of 1937-1945 was the longest struggle of the Second World War. It started with the Japanese aggression in July 1937 and soon accelerated into a full-scale war with the Chinese Kuomintang government. The Chinese Air Force was to suffer large losses during the whole conflict with Japan. During the first weeks of the war the Chinese lost almost all of their medium bombers. This was a pattern that would be repeated again and again. Not getting much help from the outside world, the Kuomintang government, led by Chiang Kai-shek, soon closed a un-holy treaty with the communistic Soviet Union to receive armament including a large number of aircraft and Soviet volunteers to fly some of them. This difficult relation with the Soviet Union lasted until 1941, when the USA became the main supplier of armament to China, which included the short-lived but famous US voluntary group called the Flying Tigers. Everything was to change with the Japanese attack on Pearl Harbor in December 1941, but the struggle was to continue until the end of the war in August 1945.

» Have you read this book? We'd like to know what you think about it - write a review about Sino-Japanese Air War 1937-1945 book by Hakan Gustavsson and you'll earn 50c in Boomerang Bucks loyalty dollars (you must be a Boomerang Books Account Holder - it's free to sign up and there are great benefits!)

Hakan Gustavsson is a Swedish aviation researcher and writer specializing in the early air war of the Second World War and especially the use of biplane fighters. He runs one of internet's oldest and largest sites (surfcity.kund.dalnet.se) featuring biographies of pilots that flew biplane fighters during the conflict. He has been in contact with numerous veterans, and their families, over the past two decades, unearthing first-hand accounts and other invaluable material relating to their often forgotten wartime exploits.

A Preview for this title is currently not available.
More Books By Hakan Gustavsson
View All