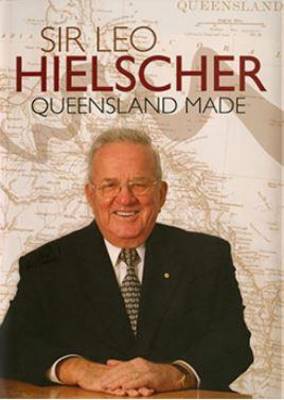 This fascinating book documents the seven decades Sir Leo Hielscher has dedicated in public service to the state of Queensland. Packed with anecdotes of the major players in its development, this is the story of a life lived for Queensland. Born at the start of the Great Depression, Sir Leo entered the public service at the age of fifteen. A few years later he was to serve in the occupation forces administering post-war Japan. On his return to Australia, he rose through the ranks of the departments of the Auditor-General and Education before being seconded to Treasury. Over the next thirty years, Sir Leo would become a powerful public servant, holding the financial reins on major infrastructure projects such as the introduction of casinos to Queensland, the building of the Gateway Bridge, the staging of the 1982 Commonwealth Games and the 1988 World Expo, the revitalisation of the state's tourism industry, and the construction of the Queensland Cultural Centre. Sir Leo was also the driving force in reforming the mining royalties system and an inefficient public service. He honed his negotiation skills working alongside more than a dozen treasurers, and as one of a small group of advisors to Queensland's most colourful politician, Sir Joh Bjelke-Petersen. Recently, his many years of service were acknowledged with the renaming of Brisbane's two Gateway bridges as the Sir Leo Hielscher Bridges.

» Have you read this book? We'd like to know what you think about it - write a review about Sir Leo Hielscher: Queensland Made book by Leo Hielscher and you'll earn 50c in Boomerang Bucks loyalty dollars (you must be a Boomerang Books Account Holder - it's free to sign up and there are great benefits!)