The Man Who Made A Football Club

A player with Manchester City and Liverpool before the Second World War, Busby remained at the forefront of football through four decades and made an extraordinary contribution to the game in terms of both style and substance. In this definitive biography, Patrick Barclay looks back at Busby's phenomenal life and career, including the rise of the Busby Babes in the 1950s, the Munich disaster that claimed 23 lives and the Wembley victory ten years on that made United the first English team to win the European Cup. Denis Law, Pat Crerand and such other members of that great side as Alex Stepney, David Sadler and John Aston are among the host of voices testifying to the qualities that set Sir Matt apart.

This is the story of one of the greatest figures in football history, and of the making of a legacy that will last for ever. 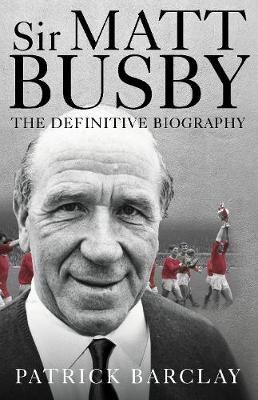 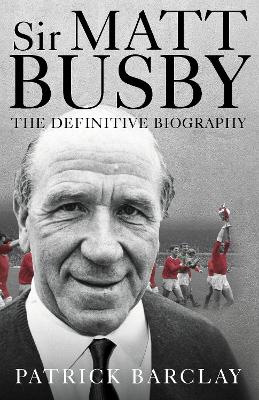 » Have you read this book? We'd like to know what you think about it - write a review about Sir Matt Busby: The Definitive Biography book by Patrick Barclay and you'll earn 50c in Boomerang Bucks loyalty dollars (you must be a Boomerang Books Account Holder - it's free to sign up and there are great benefits!)

Patrick Barclay began his career in football writing with the Guardian in Manchester in the mid-1970s, a few years after Sir Matt Busby had relinquished management and joined the Manchester United board. Barclay became one of Sir Matt's many acquaintances in the newspaper world and in 1994, having moved to the Observer by way of the Independent, attended the unforgettable match against Everton at Old Trafford that swiftly followed the great man's death. In that year Barclay was voted Britain's leading sports writer. He later worked for the Sunday Telegraph, The Times and the Evening Standard in London before retiring from regular journalism at the end of his tenth European Championship in 2016. He covered nine World Cups. Barclay has written acclaimed biographies of Sir Matt's successors Sir Alex Ferguson (Football - Bloody Hell!) and Jose Mourinho (Further Anatomy of a Winner) and is also the author of The Life and Times of Herbert Chapman.

A Preview for this title is currently not available.
More Books By Patrick Barclay
View All