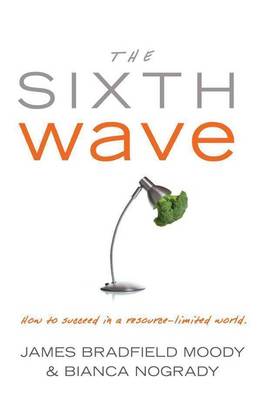 How to succeed in a resource limited world.

Making predictions about the future is a dangerous game, particularly when that future has never looked more uncertain. Natural resources are dwindling and we are wasting the resources we do have at an unparalleled rate. Climate change threatens our way of life and digital technology is advancing at such a rate as to leave many of us baffled. But far from being all "doom and gloom", these signs point to the emergence of an exciting new wave of innovation.

Throughout modern history, the tide of innovation and progress has ebbed and flowed but a clear pattern exists - five waves of innovation, beginning with the Industrial Revolution, have each transformed society, economies and industry. The fifth wave was dominated by information and communications technology but its peak is beginning to fade and a new, brighter star is emerging.

The sixth wave of innovation will be about resources - natural resources, human resources and information. With the challenge of a planet running out of essential supplies and a population staring down the barrel of Malthus' dire predictions, the sixth wave will see humanity finally make the break away from resource-dependence. Economic growth will no longer be tied to resource consumption or waste production (such as carbon) and industry will no longer think in terms of products but in terms of services. Everything, from the smallest leaf and light switch to the largest cities and online communities, will have a value that can be measured, so nothing is ever wasted.

Driving this will be a spectacular boom in technologies ranging from clean technology to digital mapping to online collaboration. Traditional physical and geographical boundaries will mean nothing in a world where everything and everyone is online.

This book is for anyone who is interested in understanding how all of the massive changes in the world fit together. In particular it is for those of us who wish to understand and take advantage of the changes that are occurring around us.

The Sixth Wave is a business book, a motivational book, a popular science title, a bold prediction and a roadmap for the future all in one.

Other Editions - The Sixth Wave by Bianca Nogrady 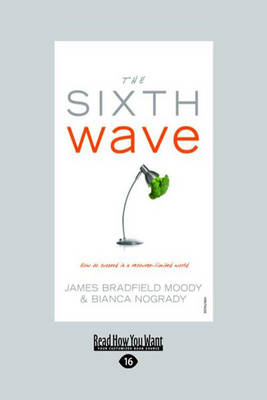 » Have you read this book? We'd like to know what you think about it - write a review about Sixth Wave book by Bianca Nogrady and you'll earn 50c in Boomerang Bucks loyalty dollars (you must be a Boomerang Books Account Holder - it's free to sign up and there are great benefits!)

James Bradfield Moody is currently the General Manager, International Development for the national research organisation CSIRO. In this role he is responsible for fostering CSIRO's global development agenda, including access to overseas talent, creating research projects of international significance and helping Australia gain access to foreign knowledge, infrastructure and intellectual property. James was formerly the Director of Business Strategy at CSIRO Land and Water. In 2000, he was named Young Professional Engineer of the Year and was also awarded Young Queenslander of the Year and the following year he was awarded Young Australian of the Year in Science and Technology. He was chosen by Engineers Australia to be one of the top 100 most influential engineers in Australia and in 2007 named by Boss Magazine as one of their young executives of the year. James received his PhD in innovation theory the National Graduate School of Management and was also a chief systems engineer for FedSat, the first Australian Satellite to be launched in thirty years.

A Preview for this title is currently not available.
More Books By Bianca Nogrady
View All