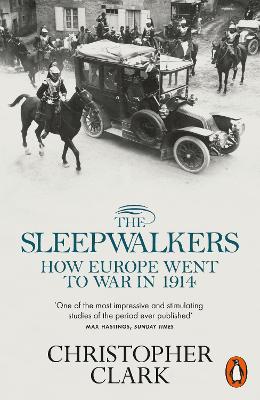 Description - The Sleepwalkers by Christopher Clark

The moments that it took Gavrilo Princip to step forward to the stalled car and shoot dead Franz Ferdinand and his wife were perhaps the most fateful of the modern era. An act of terrorism of staggering efficiency, it fulfilled its every aim- it would liberate Bosnia from Habsburg rule and it created a powerful new Serbia, but it also brought down four great empires, killed millions of men and destroyed a civilization. What made a seemingly prosperous and complacent Europe so vulnerable to the impact of this assassination? In The Sleepwalkers Christopher Clark retells the story of the outbreak of the First World War and its causes. Above all, it shows how the failure to understand the seriousness of the chaotic, near genocidal fighting in the Balkans would drag Europe into catastrophe. 'A masterpiece.' Harold Evans, The New York Times Book Review 'The best book I have read this year, or indeed for several years.' Simon Heffer, New Statesman, Book of the Year 'It is hard to believe we will ever see a better narrative of what was perhaps the biggest collective blunder in the history of international relations.' Niall Ferguson 'The arguments Clark sets out in this quite superb account of the causes of the First World War are so compelling that they effectively consign the old historical consensus to the bin . . . A masterpiece. It's not often that one has the privilege of reading a book that reforges our understanding of one of the seminal events of world history.' Simon Griffith, Daily Mail 'There will be many books on the first world war as the 100th anniversary draws near, but few as illuminating as this one.' Tony Barber, Financial Times, Books of the Year 'Impeccably researched, provocatively argued and elegantly written . . . for Clark, the statesmen of 1914 were 'sleepwalkers, watchful but unseeing, haunted by dreams, yet blind to the reality of the horror they were about to bring into the world'.' Dominic Sandbrook, Sunday Times, Books of the Year 'Brilliant . . . Clark changes the balance between the great power dissension and the disputes on Europe's fault line, the Balkans, by placing them centre stage.' The Times Higher Education

Other Editions - The Sleepwalkers by Christopher Clark 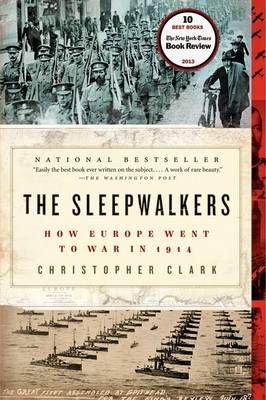 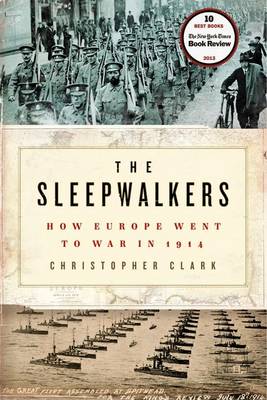 » Have you read this book? We'd like to know what you think about it - write a review about Sleepwalkers book by Christopher Clark and you'll earn 50c in Boomerang Bucks loyalty dollars (you must be a Boomerang Books Account Holder - it's free to sign up and there are great benefits!)

Christopher Clark is Professor of Modern History at the University of Cambridge and a Fellow of St Catharine's College. He is the author of The Politics of Conversion, Kaiser Wilhelm II and Iron Kingdom. Widely praised around the world, Iron Kingdom became a major bestseller. He has been awarded the Officer's Cross of the Order of Merit of the Federal Republic of Germany. The Sleepwalkers was shortlisted for the PEN Hessell-Tiltman Prize for History and finalist for the Mark Lynton History Prize, and is the winner of the Los Angeles Times Book Prize for History, French Prix Aujourd(1)hui, Cundill Recognition of Excellence Prize, Bruno Kreisky Prize for Political Literature and the Braunschweiger Geschichtspreis.

A Preview for this title is currently not available.
More Books By Christopher Clark
View All

Time and Power: Visions of History in German Politics, from the Thirty Years' War to the Third Reich
$53.89 $54.99