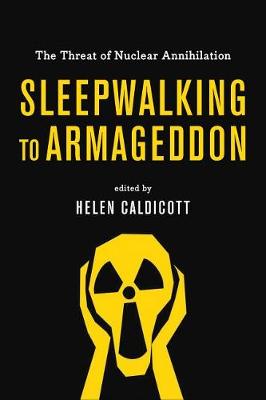 The Threat of Nuclear Annihilation

With the world's attention focused on climate change and terrorism, we are in danger of taking our eyes off the nuclear threat. But rising tensions between Russia and NATO, proxy wars erupting in Syria and Ukraine, a nuclear-armed Pakistan, and stockpiles of ageing weapons unsecured around the globe, make a nuclear attack or a terrorist attack on a nuclear facility arguably the biggest threat facing humanity.
In Sleepwalking to Armageddon, pioneering antinuclear activist Helen Caldicott assembles the world's leading nuclear scientists and thought leaders to assess the political and scientific dimensions of the threat of nuclear war today. Chapters address the size and distribution of the current global nuclear arsenal, the history and politics of nuclear weapons, the culture of modern-day weapons labs, the militarisation of space, and the dangers of combining artificial intelligence with nuclear weaponry, as well as a status report on enriched uranium and a shocking analysis of spending on nuclear weapons over the years.
The book ends with a devastating description of what a nuclear attack on Manhattan would look like, followed by an overview of contemporary antinuclear activism. Both essential and terrifying, this book is sure to become the new bible of the antinuclear movement - to wake us from our complacency and urge us to action.

"Possessing the bomb, it is worth remembering, is not normal. Almost every nation in the world has made a legal undertaking never to acquire nuclear weapons." Tim Wright, who works with International Campaign to Abolish Nuclear Weapons (or ICAN) who received the 2017 Nobel Peace Prize

Helen Caldicott is an Australian physician, author, and anti-nuclear advocate, who has founded several associations dedicated to opposing the use of nuclear power, depleted uranium, munitions, nuclear weapons, nuclear weapons proliferation, and military action in general.

Other Editions - Sleepwalking To Armageddon by Helen Caldicott 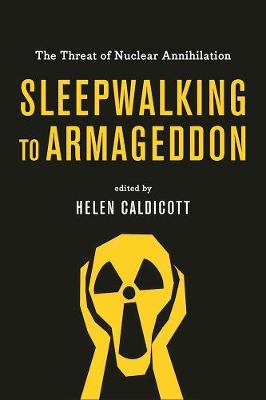 » Have you read this book? We'd like to know what you think about it - write a review about Sleepwalking To Armageddon book by Helen Caldicott and you'll earn 50c in Boomerang Bucks loyalty dollars (you must be a Boomerang Books Account Holder - it's free to sign up and there are great benefits!)

The world's leading spokesperson for the antinuclear movement, Helen Caldicott is the co-founder of Physicians for Social Responsibility, a nominee for the Nobel Peace Prize, and the 2003 winner of the Lannan Prize for Cultural Freedom. She is the author of The New Nuclear Danger, Nuclear Power Is Not the Answer, and Loving This Planet. She divides her time between Australia and the United States.

A Preview for this title is currently not available.
More Books By Helen Caldicott
View All