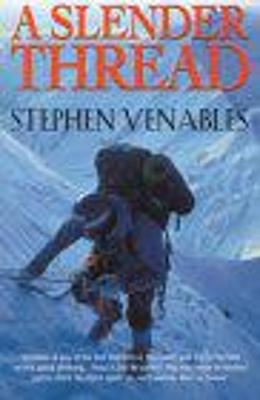 Escaping Disaster in the Himalaya

Together with Chris Bonington and other distinguished British climbers Stephen Venables was high on the unclimbed and sacred mountain of Panch Chuli when, ay 1am on a dark Himalyan night, his abseil failed and he fell catastrophically, somersaulting from rock to rock and landing, seriously-wounded, at the end of a rope suspended above a 50-degree icefield. This is the story os his arduous and almost miraculous survival, and of the brilliant, committed teamwork which brought him to safety.

Other Editions - A Slender Thread by Stephen Venables 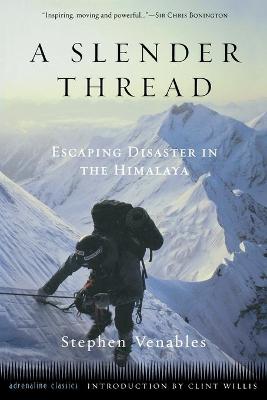 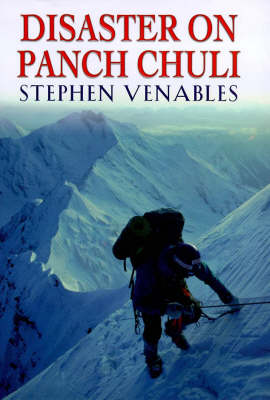 » Have you read this book? We'd like to know what you think about it - write a review about Slender Thread book by Stephen Venables and you'll earn 50c in Boomerang Bucks loyalty dollars (you must be a Boomerang Books Account Holder - it's free to sign up and there are great benefits!)

Stephen Venables is best known as the mountaineer who in 1988 became the first Briton to climb Everest without oxygen - one of many pioneering expeditions around the world. He began climbing while at Oxford in the early 1970s, and has written eight books about his mountain travels, winning the Boardman Tasker Prize, the King Albert Medal and the Grand Award at Banff International Mountain Literature Festival. He has also appeared in several television documentaries and worked on two IMAX movies - appearing in Shackleton's Antarctic Adventure and writing Alps - Giants of Nature. His most recent book, Ollie, was a Sunday Times bestseller. He is President of the Alpine Club in the year of its 150th anniversary. He lives in Bath with his wife and son.

A Preview for this title is currently not available.
More Books By Stephen Venables
View All

Upon that Mountain: The first autobiography of the legendary mountaineer Eric Shipton
$37.47 $41.63