Like bad smells, uninvited weekend guests or very old eggs, there are some things that ought to be avoided.

Snicket's saga about the charming, intelligent, and grossly unlucky Baudelaire orphans continues to alarm its distressed and suspicious fans the world over. The tenth book in this outrageous publishing effort features more than the usual dose of distressing details, such as snow gnats, an organised troupe of youngsters, an evil villain with a dastardly plan, a secret headquarters and some dangerous antics you should not try at home. With the weather turning colder, this is one chilling book you would be better off without.

Other Editions - The Slippery Slope by Lemony Snicket 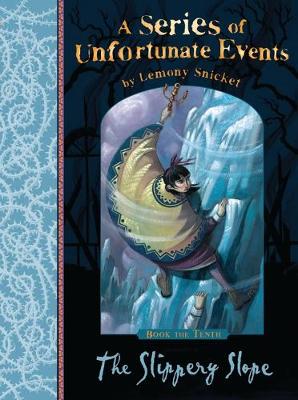 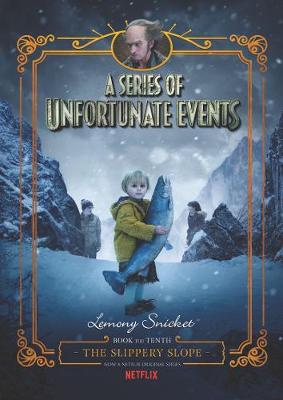 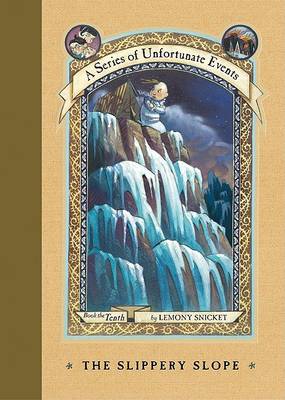 » Have you read this book? We'd like to know what you think about it - write a review about Slippery Slope book by Lemony Snicket and you'll earn 50c in Boomerang Bucks loyalty dollars (you must be a Boomerang Books Account Holder - it's free to sign up and there are great benefits!)

The Slippery Slope is the tenth book in A Series of Unfortunate Events by American author, Lemony Snicket (aka Daniel Handler). As we once again join the unlucky Baudelaire orphans, they find themselves separated: Sunny held captive in Count Olaf’s car while Violet and Klaus seem destined to perish in a runaway caravan down a steep hill.

Having narrowly escaped a burning hospital and already suffered the loss of their parents, the threat of marriage, slave labour, hypnosis, a terrible boarding school, being thrown down a lift shaft, being thrown in jail, acting in a freak show and the murder of their Uncle Monty and Aunt Josephine at the hands of the evil Count Olaf and his nefarious assistants, the siblings are ever-vigilant of his reappearance, although this instalment sees them travelling with him, in disguise, to the Mortmain Mountains . Luckily these well-mannered and uncomplaining children are also very resourceful: Violet invents, Klaus researches and Sunny bites.

After seemingly marking time for the last few books, finally, there are some developments that begin to unravel the mystery of the fate of the Baudelaire parents, and an unexpected ally assists Violet and Klaus as they try to rescue Sunny. But their concern for their baby sister is apparently unwarranted, as Sunny not only takes care of herself, but also manages to overhear some vital information, and, luckily, her communication skills have improved exponentially.

Our ever resourceful orphans use a sticky mess to get themselves out of a sticky mess, as well as utilising hammocks, a ukulele, forks, a hand mirror, a breadknife and couple of coats for various purposes. They find coded messages in unusual places and are surprised by facts revealed about their parents. Will the Baudelaires reach the alternate VFD headquarters before Count Olaf does, and will they find a surviving parent there? Readers will have to read the next instalment, The Grim Grotto, to find out. 3.5 stars