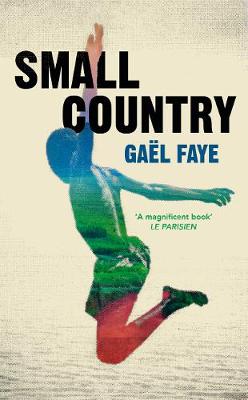 'A luminous debut novel... This is a book that demanded to be written... With a light touch, Faye dramatises the terrible nostalgia of having lost not only a childhood but also a whole world to war' Guardian

Burundi, 1992. For ten-year-old Gabriel, life in his comfortable expat neighbourhood of Bujumbura with his French father, Rwandan mother and little sister, Ana, is something close to paradise. These are happy, carefree days spent with his friends sneaking cigarettes and stealing mangoes, swimming in the river and riding bikes in the streets they have turned into their kingdom. But dark clouds are gathering over this small country, and soon their peaceful idyll will shatter when Burundi and neighbouring Rwanda are brutally hit by war and genocide.

A haunting and luminous novel of extraordinary power, Small Country describes a devastating end of innocence as seen through the eyes of a young child caught in the maelstrom of history. It is a stirring tribute not only to a time of tragedy, but also to the bright days that came before it. 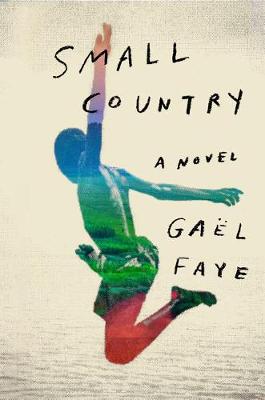 » Have you read this book? We'd like to know what you think about it - write a review about Small Country book by Gael Faye and you'll earn 50c in Boomerang Bucks loyalty dollars (you must be a Boomerang Books Account Holder - it's free to sign up and there are great benefits!)

French-Rwandan GaUl Faye is an author, composer and hip hop artist. He was born in 1982 in Burundi, and has a Rwandan mother and French father. In 1995, after the outbreak of the civil war and the Rwandan genocide, the family moved to France. GaUl studied finance and worked in London for two years for an investment fund, then he left London to embark on a career of writing and music. He is as influenced by Creole literature as he is by hip hop culture, and released an album in 2010 with the group Milk Coffee & Sugar. In 2013, his first solo album, Pili Pili sur un Croissant au Beurre, appeared. It was recorded between Bujumbura and Paris, and is filled with a plethora of musical influences- rap laced with soul and jazz, semba, Congolese rumba... In 2018 he received the prestigious Victoires de la Musique Award. Small Country is his first novel. It was a huge bestseller in France, winning the Prix Goncourt des LycUens 2016, and is being published in thirty territories worldwide.