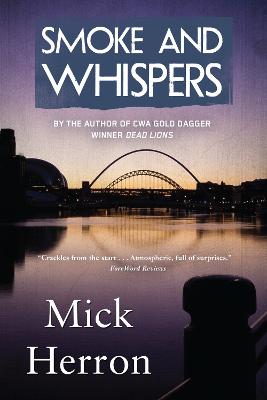 In Mick Herron's latest novel featuring Sarah Tucker and Zoe Boehm, Zoe turns up dead in Newcastle, launching Sarah into an investigation with several leads-but no one she can trust.

When a body is hauled from the River Tyne, Sarah Tucker heads to Newcastle for a closer look. She identifies the dead woman as private detective Zoe Boehm, but putting a name to the corpse only raises further questions. Did Zoe kill herself, or did one of her old cases come back to haunt her? Why was she wearing the jacket a murderer had stolen years before? And what's brought Sarah's former sparring partner Gerard Inchon to the same broken-down hotel she's staying at? Coincidence is an excuse that soon appears pretty unconvincing. Sarah can't leave until she's found the answers to her questions, however dangerous they might turn out to be.

Other Editions - Smoke And Whispers by Mick Herron 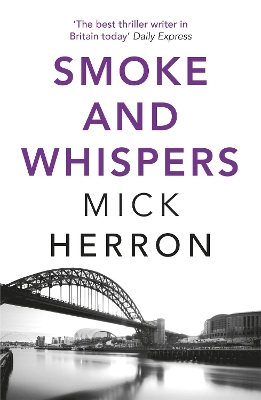 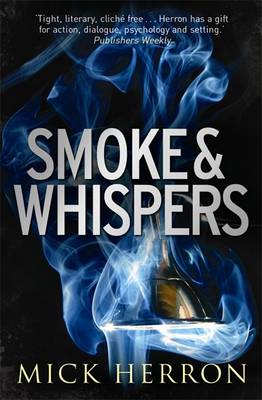 » Have you read this book? We'd like to know what you think about it - write a review about Smoke And Whispers book by Mick Herron and you'll earn 50c in Boomerang Bucks loyalty dollars (you must be a Boomerang Books Account Holder - it's free to sign up and there are great benefits!)

5 stars “Sarah closed her eyes, and opened them again. The body on the slab hadn't moved. It was Zoë. But it was not Zoë. It was like looking at a lamp from which the bulb had been removed, and trying to gauge how much light it once shed. The last time Sarah had seen Zoë Boehm... Almost two years ago, because Zoë had never been one for keeping in touch, but at least she'd been alive; the light she'd cast being that dark glow Sarah had grown used to: laughing and joking but holding something back...”

Smoke and Whispers is the fourth book in the Oxford Investigations series by British author, Mick Herron. Sarah Tucker is in Newcastle to identify a body pulled from the Tyne. All the signs point to it being her old friend, Zoë Boehm. But before Sarah has even seen the body, she runs into an acquaintance from years earlier: “What was Gerard doing, that was the question, at the same hotel Zoë had stayed in before winding up in the river? If this was coincidence, Sarah could live with it, because strange things happened. But to believe it coincidence, she had to lean on it first, to see if it broke.”

And when she does get to see the body, another niggle: it was wearing Zoë’s black leather jacket, the one that was stolen a few years ago by the still-at-large serial killer using the name Alan Talmadge. So is he on the scene somewhere? Her partner might not like the idea, but Sarah feels she can’t just walk away from this; after all, Zoë did save her life once.

Herron’s final(?) book in this series is another page-turner with a good dose of tension as well as several twists and red herrings to keep the reader guessing to the end. The dialogue is sharp and witty, creating plenty of (often dark) humour throughout, but especially during the exciting climax. There’s also a delightful irony in the phone call Sarah receives while searching a certain hotel room. Utterly brilliant!

Mick Herron was born in Newcastle and has a degree in English from Balliol College, Oxford. He is the author of two books in the Slough House series, Slow Horses and Dead Lions, as well as the stand-alone thriller Nobody Walks. He now lives in Oxford and works in London.