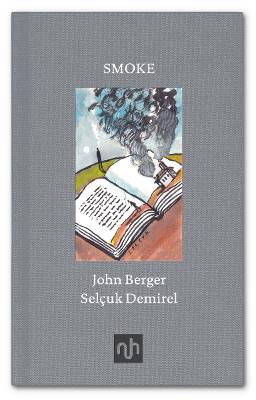 A pictoral essay by the great art critic, novelist and long-time smoker, John Berger, and Turkish writer and illustrator Sel uk Demirel. Once upon a time, men, women and (secretly) children smoked. This charming illustrated work reflects on the cultural implications of smoking, and suggests, through a series of brilliantly inventive illustrations, that society's attitude to smoke is both paradoxical and intolerant. It portrays a world in which smokers, banished from public places, must encounter one another as outlaws. Meanwhile, car exhausts and factory chimneys continue to pollute the atmosphere. Smoke is a beautifully illustrated prose poem that lingers in the mind. A cigarette is a breathing space. It makes a parenthesis. The time of a cigarette is a parenthesis, and if it is shared you are both in that parenthesis. It's like a proscenium arch for a dialogue. - John Berger (in interview)

» Have you read this book? We'd like to know what you think about it - write a review about Smoke book by John Berger and you'll earn 50c in Boomerang Bucks loyalty dollars (you must be a Boomerang Books Account Holder - it's free to sign up and there are great benefits!)

John Berger was an English art critic, novelist, painter and poet. His novel G won the 1972 Booker Prize, and his essay on art criticism Ways of Seeing, written as an accompaniment to a BBC series, is often used as a university text. John Berger died 2 January 2017. Selcuk Demirel was born in Turkey and lives in Paris. His illustrations have been featured in major publications all over the world including Le Monde Diplomatique, the World and the New Observer, The Washington Post, The New York Times, The Wall Street Journal, and The Boston Globe.

A Preview for this title is currently not available.
More Books By John Berger
View All