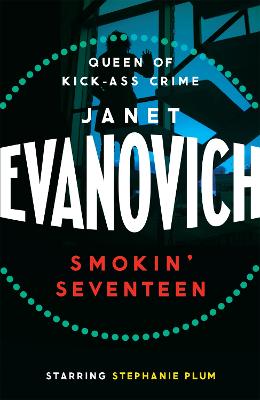 A witty mystery full of laughs, lust and high-stakes suspense

A cold-blooded killer has Stephanie in his sights... Where there's smoke, there's fire, and this couldn't be truer than in Smokin' Seventeen, the seventeenth wacky adventure in Janet Evanovich's bestselling Stephanie Plum series. The perfect read for fans of Sue Grafton and JD Robb. Raves for Janet Evanovich's bestselling novels: 'Razor sharp' (Sunday Express); 'Non-stop laughs with plenty of high jinks' (USA Today); 'Pithy, witty and fast-paced' (The Sunday Times). Stephanie is running out of time. The bond office where she works has been burned down. Dead bodies have been showing up on the construction site. No one knows why, or who's responsible - but it's clear Stephanie's name is on the killer's list.And to make a bad situation worse, cop and boyfriend Joe Morelli's grandmother has put the 'eye' on Stephanie. Now she has a pimple the size of Mount Vesuvius and her hormones are in overdrive... What readers are saying about Smokin' Seventeen: 'A great read - light, funny and very entertaining''A real laugh out loud book with a high feel good factor''Funny, witty and full of twists and turns' 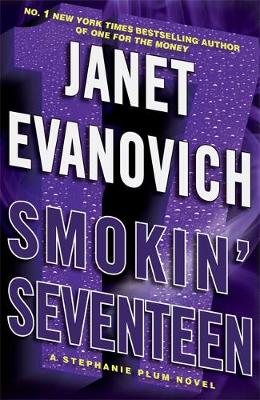 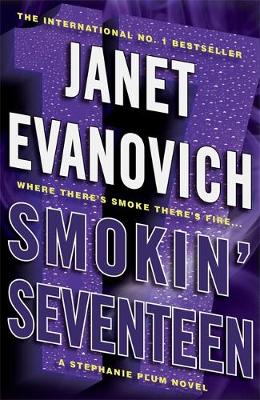 View all editions of Smokin' Seventeen by Janet Evanovich

» Have you read this book? We'd like to know what you think about it - write a review about Smokin' Seventeen book by Janet Evanovich and you'll earn 50c in Boomerang Bucks loyalty dollars (you must be a Boomerang Books Account Holder - it's free to sign up and there are great benefits!)

JANET EVANOVICH is the No. 1 New York Times bestselling author of the Stephanie Plum novels including Turbo Twenty-Three and Tricky Twenty-Two; the Knight and Moon novels including Curious Minds, co-written with Phoef Sutton; five novels in the Fox & O'Hare series - The Heist, The Chase, The Job, The Scam and The Pursuit - co-written with Lee Goldberg; the Lizzy and Diesel novels including most recently Wicked Charms, co-written with Phoef Sutton; twelve romance novels; the Alexandra Barnaby novels; the Troublemaker graphic novels; and How I Write: Secrets of a Bestselling Author. She has won several major crime fiction awards including the CWA John Creasey Award, Dilys Award and Silver Dagger.Janet's website can be found at www.evanovich.com. She is on Twitter - @janetevanovich - and Facebook - /JanetEvanovich.

A Preview for this title is currently not available.
More Books By Janet Evanovich
View All