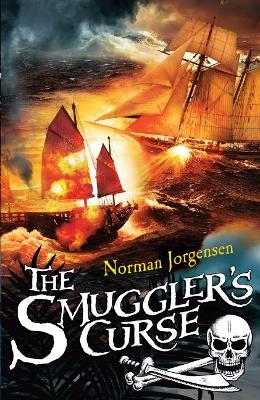 Red Read's life takes a surprising - and alarming - turn when his mother sells him to an infamous smuggler plying his trade off the north-west coast of Australia in the closing days of the 19th century. From terrifying encounters with cut-throat pirates to battling the forces of nature in a tropical typhoon, from dining with head-hunting guerrillas to making meals of monkey stew, Red is in for a hair-raising adventure that may cost him his life.

Other Editions - The Smuggler's Curse by Norman Jorgensen » Have you read this book? We'd like to know what you think about it - write a review about Smuggler's Curse book by Norman Jorgensen and you'll earn 50c in Boomerang Bucks loyalty dollars (you must be a Boomerang Books Account Holder - it's free to sign up and there are great benefits!)

Norman Jorgensen was born in Broome, the eldest of four brothers, and has lived in several country towns since. At a young age he developed a love of books, especially historical novels like Treasure Island, and old movies. At age thirteen Norman learned to sail. These days he loves travelling and researching exotic places for his books.