A Snow Garden and Other Stories

Description - A Snow Garden and Other Stories by Rachel Joyce

As read on Radio 4, seven linked stories set in the Christmas holidays - all as funny, joyous, poignant and memorable as Christmas should be-

A Faraway Smell of Lemon- The School Term has ended. It is almost Christmas but Binny, out last-minute shopping couldn't feel less like wishing glad tidings to all men. Ducking out of the rain she finds herself in the sort of shop she would never normally visit.

The Marriage Manual- Christmas Eve. Two parents endeavour to construct their son's Christmas present from a DIY kit and in the process find themselves deconstructing their marriage.

Christmas at the Airport- A glitch in the system, travellers stranded and all sorts of lives colliding in the face of a sudden birth...

The Boxing Day Ball- Maureen has never been out with the local girls before. Who knew that a disco in the Village Hall could be life-changing?

A Snow Garden- Two little boys, dumped with their divorced father for his share of the Christmas holidays and none of them with a clue how to enjoy it.

I'll Be Home for Christmas The most famous boy in the world comes home hoping to escape the madness with a normal family Christmas.

Trees- As if Christmas wasn't wearing enough, now his elderly parent is asking for a hole in the ground ... Father and son break old habits and plant a tree to mark the start of the new year.

Other Editions - A Snow Garden and Other Stories by Rachel Joyce 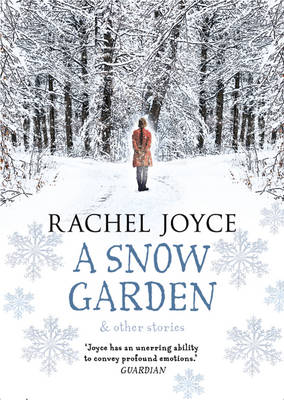 Book Reviews - A Snow Garden and Other Stories by Rachel Joyce

» Have you read this book? We'd like to know what you think about it - write a review about Snow Garden and Other Stories book by Rachel Joyce and you'll earn 50c in Boomerang Bucks loyalty dollars (you must be a Boomerang Books Account Holder - it's free to sign up and there are great benefits!)

5 stars A Snow Garden is a volume of seven Christmas-themed short stories by award-winning British actress, radio playwright and author, Rachel Joyce, who explains that these are the characters who have been cut from other works: “Sometimes I picture all these characters stuffed in my (writing) caravan, making a nuisance of themselves, and the racket is quite something. So I loved the idea that I could clear them out, as it were, by giving them each a story of their own.”

In A Faraway Smell of Lemons: It may be Christmas, but Binny’s life has fallen apart: the faulty shower, the broken glass pane in the front door, the smashed crockery on the kitchen floor, the unbought Christmas cards, food and gifts; it’s all Oliver’s fault. What sort of Christmas Binny’s children, Coco and Luke are going to get this year is anyone’s guess. Binny has just a few hours to fix it, and a staggering lack of enthusiasm for the task. Trying to avoid another school mother in the High Street, she slips into a shop that sells nothing Binny has ever wanted, but she somehow finds exactly what she needs. A sweet story that may well bring a tear to the eye.

In The Marriage Manual: Alan and Alice are in their DIY conservatory assembling the racing bike that their son Will doesn’t want, on Christmas Eve. Theirs has always been described as a textbook marriage: their story is well-told; their routine is well-rehearsed. But this night, as Alan tries to construct the gift without legible instructions, Alice notices a crack in the wall of the conservatory; and the couple begin to depart from their script; uncomfortable truths are revealed. As certain walls come crashing down, they realise that even without an instruction manual, being married and bringing up children can work out OK.

In Christmas Day at the Airport: the reader gets all the elements of a nativity scene, but not in the conventional sense. There is indeed a very pregnant young woman (Magda) and her partner, Jo(hanna), three kings (Mrs King and her two daughters), a donkey (among other animals), (shop assistants dressed as) angels, and lambs (fluffy-toy-type). Also six Santas and a choir. Probably not a messiah, though…

In The Boxing Day Ball: eighteen-year-old Maureen is surprised by a genuine invitation from the local girls. They really seem to want her along, although her mother doesn’t approve. Maureen has no idea of just how life-changing a dance in the parish hall could be.

In A Snow Garden: Henry, divorced, disconnected from his sons, has the boys for six days over Christmas while Debbie goes on vacation. He has promised Owen, a sweet, innocent ten, and Conor, a sometimes snarky fifteen, snow; he has even, to the amusement of his sister, bought them sleds, at a marked-down price (the weather is balmy, snow is definitely not predicted). Henry is at the point of despair when he sees a snow garden, and then is once again concerned for his sanity.

In I’ll Be Home For Christmas: when busy, much-in-demand pop star X (formerly Tim) tells his mum he’ll be home for Christmas, he asks her not to make a fuss. But Sylvia is so looking forward to seeing him again, her teenaged son made good, the one thing that proves she’s the equal of her fancy sisters, that she goes a little overboard, and forgets (sort of) that she also has a daughter.

In Trees: much to Sal’s annoyance, Oliver agrees to his elderly father’s request to bring trees. It’s New Year’s Eve, his pregnant girlfriend wants to party, but his father has decided he needs to plant twenty trees to atone. He’ll need to borrow his ex’s van, but Binny is kind, and Oliver finds himself wishing for the company and comfort of her home, what used to be his too, before he messed up his life.

There are nebulous connections between the stories; main characters in one are glimpsed in another; and a red coat worn by a girl in the snow appears in each one. Seven little festive and heart-warming doses of Rachel Joyce.

Rachel Joyce is the author of the Sunday Times and international bestsellers The Unlikely Pilgrimage of Harold Fry, Perfect and The Love Song of Miss Queenie Hennessy. The Unlikely Pilgrimage of Harold Fry was shortlisted for the Commonwealth Book Prize and longlisted for the Man Booker Prize and has been translated into 34 languages. Rachel Joyce was awarded the Specsavers National Book Awards 'New Writer of the Year' in December 2012 and shortlisted for the 'Writer of the Year' 2014. She is also the author of the short story, A Faraway Smell of Lemon and the forthcoming short story collection, A Snow Garden & Other Stories and a new novel for 2016, The Music Shop. She is the award-winning writer of over 30 original afternoon plays and classic adaptations for BBC Radio 4. Rachel Joyce lives with her family in Gloucestershire.

A Preview for this title is currently not available.
More Books By Rachel Joyce
View All 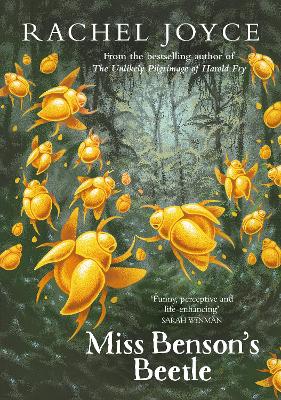 Miss Benson's Beetle: An uplifting and redemptive story of a glorious female friendship against the odds
Available, ships in 7-10 business days
$28.04 $32.99 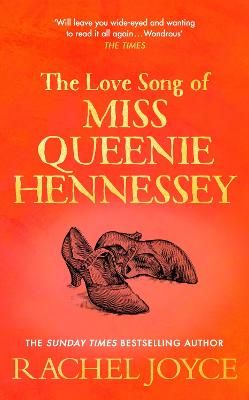