Welcome to Bundilla. A new close-knit community where romance can blossom. A compelling story of homecoming and family secrets from bestselling Australian author Alissa Callen.

The road home isn't for the faint-hearted...

Peony flower farmer Clancy Parker was born and bred in the Australian high country. Small-town Bundilla is the only place she will ever truly belong, even if staying means remaining alone. The man she'd loved is long gone and single men are as rare as a summer snowfall.

As soon as he could, street artist Heath MacBride escaped his complicated family and traded mountain peaks for city concrete. Now a commission to paint a mural on Bundilla's water tower brings him home. It doesn't matter how long he's been away, the animosity of his cattleman father hasn't waned. As soon as the water tower is painted, he will be gone.

But between steadfast Clancy, who'd once been his muse, a free-spirited kelpie who becomes his shadow and a corrosive family secret, his best laid plans disintegrate. When life again backs him into a corner, will he have no choice but to leave or will he and Clancy have the second chance they'd each thought would forever remain out of reach?

'It was great to pick up this new series by Alissa Callen, even though it's a new town with new people to get to know, I instantly felt like they were old friends.' - Claire's Reads & Reviews

'A free-roaming kelpie, a second chance at love and a dying man's confession make Snowy Mountains Daughter a story that will have your emotions reeling.' - Goodreads review

'A moving story with a touching romance weaving its way around and through the many issues facing a rural community.' - The Burgeoning Bookshelf 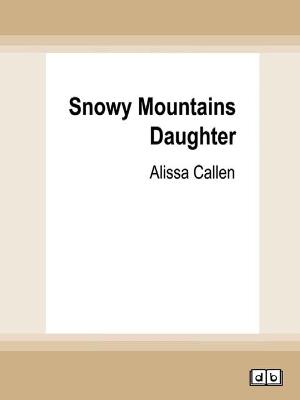 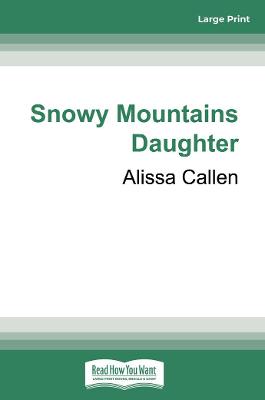 » Have you read this book? We'd like to know what you think about it - write a review about Snowy Mountains Daughter book by Alissa Callen and you'll earn 50c in Boomerang Bucks loyalty dollars (you must be a Boomerang Books Account Holder - it's free to sign up and there are great benefits!)


A Preview for this title is currently not available.
More Books By Alissa Callen
View All