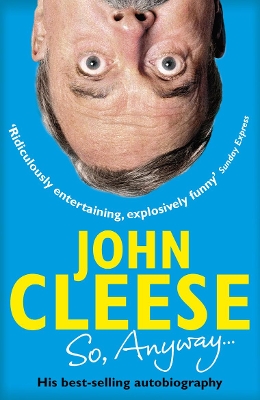 Description - So, Anyway... by John Cleese

The autobiography of a comedy giant.

A candid and brilliantly funny memoir...

...of how a tall, shy youth from Weston-super-Mare went on to become a self-confessed comedy legend.

En route, John Cleese describes his nerve-wracking first public appearance at St Peter's Preparatory School at the age of eight and five-sixths; his endlessly peripatetic home life with parents who seemed incapable of staying in any house for longer than six months; his first experiences in the world of work as a teacher who knew nothing about the subjects he was expected to teach; his hamster-owning days at Cambridge; and his first encounter with the man who would be his writing partner for over two decades, Graham Chapman.

And so on to his dizzying ascent via scriptwriting for Peter Sellers, David Frost, Marty Feldman and others to the heights of Monty Python.

Punctuated from time to time with John Cleese's thoughts on topics as diverse as the nature of comedy, the relative merits of cricket and waterskiing, and the importance of knowing the dates of all the kings and queens of England, this is a masterly performance by a former schoolmaster.

Other Editions - So, Anyway... by John Cleese 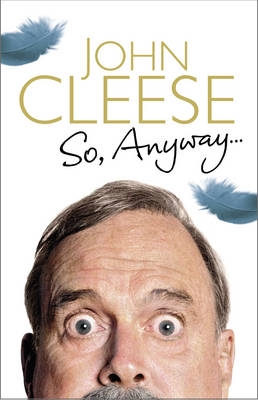 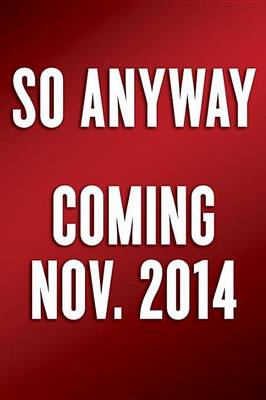 » Have you read this book? We'd like to know what you think about it - write a review about So, Anyway... book by John Cleese and you'll earn 50c in Boomerang Bucks loyalty dollars (you must be a Boomerang Books Account Holder - it's free to sign up and there are great benefits!)

John Marwood Cleese was born in Weston-super-Mare in 1939 and educated at Clifton College and at Cambridge. He achieved his first big success in the West End and as a scriptwriter and performer on The Frost Report. He went on to co-found the legendary Monty Python comedy troupe, writing and performing in the TV series and in films that include Monty Python and the Holy Grail and Life of Brian. In the mid-1970s, John Cleese and his first wife, Connie Booth, co-wrote and starred in the now-classic sitcom Fawlty Towers. Later, he wrote and co-starred in A Fish Called Wanda and Fierce Creatures. He has appeared in many other films, from James Bond to Harry Potter to Shrek, and has guest-starred in TV shows that have included Cheers, 3rd Rock from the Sun, Will & Grace and Entourage. He lives in London.

The Lives of Saints: As seen in the Netflix original series, Shadow and Bone
Leigh Bardugo
$27.71 $32.99