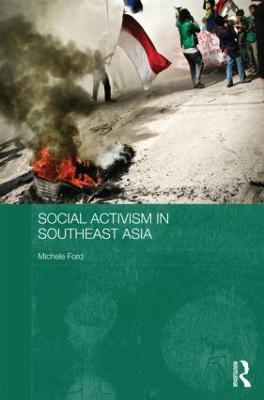 Social Activism in Southeast Asia examines the ways in which social movements operate in a region characterized by a history of authoritarian regimes and relatively weak civil society. It situates cutting-edge accounts of activism around civil and political rights, globalization, peace, the environment, migrant and factory labour, the rights of middle- and working-class women, and sexual identity in an overarching framework of analysis that forefronts the importance of human rights and the state as a focus for social activism. Drawing on contemporary evidence from Cambodia, Indonesia, Malaysia, Myanmar, the Philippines, Singapore, Thailand and Timor-Leste, the book explores the ways in which social movement actors engage with their international allies, the community and the state in order to promote social change. As well as providing detailed and nuanced analyses of particular movements in specific areas of Southeast Asia, the book addresses difficult questions about the politics, strategies and authenticity of social movements.

Other Editions - Social Activism in Southeast Asia by Michele Ford » Have you read this book? We'd like to know what you think about it - write a review about Social Activism in Southeast Asia book by Michele Ford and you'll earn 50c in Boomerang Bucks loyalty dollars (you must be a Boomerang Books Account Holder - it's free to sign up and there are great benefits!)

A Preview for this title is currently not available.
More Books By Michele Ford
View All