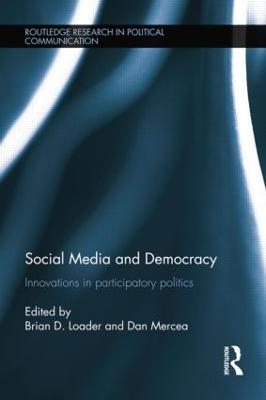 This book critically investigates the complex interaction between social media and contemporary democratic politics, and provides a grounded analysis of the emerging importance of Social media in civic engagement.

Social media applications such as Facebook, Twitter, and YouTube, have increasingly been adopted by politicians, political activists and social movements as a means to engage, organize and communicate with citizens worldwide. Drawing on Obama's Presidential campaign, opposition and protests in the Arab states, and the mobilization of support for campaigns against tuition fee increases and the UK Uncut demonstrations, this book presents evidence-based research and analysis. Renowned international scholars examine the salience of the network as a metaphor for understanding our social world, but also the centrality of the Internet in civic and political networks. Whilst acknowledging the power of social media, the contributors question the claim it is a utopian tool of democracy, and suggests a cautious approach to facilitate more participative democracy is necessary.

Providing the most up-to-date analysis of social media, citizenship and democracy, Social Media and Democracy will be of strong interest to students and scholars of Political Science, Social Policy, Sociology, Communication Studies, Computing and Information and Communications Technologies.

Other Editions - Social Media and Democracy by Brian D. Loader 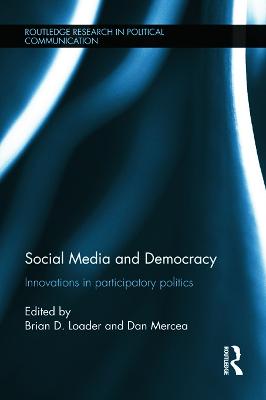 » Have you read this book? We'd like to know what you think about it - write a review about Social Media and Democracy book by Brian D. Loader and you'll earn 50c in Boomerang Bucks loyalty dollars (you must be a Boomerang Books Account Holder - it's free to sign up and there are great benefits!)

A Preview for this title is currently not available.
More Books By Brian D. Loader
View All

Routledge Handbook of Digital Media and Communication in Society
$395.01 $399.00