Social Theories of Urban Violence in the Global South

Towards Safe and Inclusive Cities

While cities often act as the engines of economic growth for developing countries, they are also frequently the site of growing violence, poverty, and inequality. Yet, social theory, largely developed and tested in the Global North, is often inadequate in tackling the realities of life in the dangerous parts of cities in the Global South. Drawing on the findings of an ambitious five-year, 15-project research programme, Social Theories of Urban Violence in the Global South offers a uniquely Southern perspective on the violence-poverty-inequalities dynamics in cities of the Global South.

Through their research, urban violence experts based in low- and middle-income countries demonstrate how "urban violence" means different things to different people in different places. While some researchers adopt or adapt existing theoretical and conceptual frameworks, others develop and test new theories, each interpreting and operationalizing the concept of urban violence in the particular context in which they work. In particular, the book highlights the links between urban violence, poverty, and inequalities based on income, class, gender, and other social cleavages.

Providing important new perspectives from the Global South, this book will be of interest to policymakers, academics, and students with an interest in violence and exclusion in the cities of developing countries. 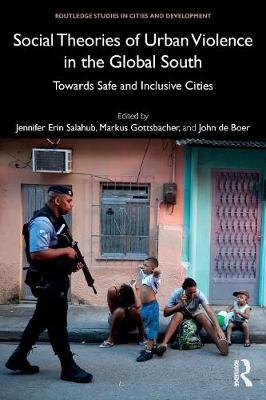 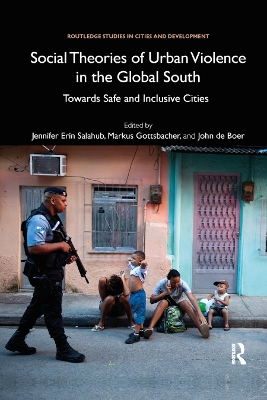 » Have you read this book? We'd like to know what you think about it - write a review about Social Theories of Urban Violence in the Global South book by Jennifer Erin Salahub and you'll earn 50c in Boomerang Bucks loyalty dollars (you must be a Boomerang Books Account Holder - it's free to sign up and there are great benefits!)

A Preview for this title is currently not available.
More Books By Jennifer Erin Salahub
View All

Reducing Urban Violence in the Global South: Towards Safe and Inclusive Cities
$70.19 $77.99