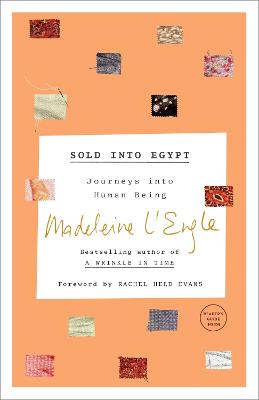 Book #3 of the Genesis Trilogy. This special reissue of a classic work of spirituality from the author of A Wrinkle in Time offers life-transforming insights on the rich heritage of the Bible and shows how the characters of this ancient text are relevant for living the good life now. Includes a new reader's guide.

Is Joseph--the deserted son of Jacob from the Old Testament--relevant in our modern age? For Madeleine L'Engle, the answer is a resounding yes; not solely because Joseph is an important historical character, but primarily because his experiences of disenfranchisement, tragedy, and profound betrayal resonate within our own society. These thoughtful meditations on obedience, prophecy, forgiveness, and compassion are masterfully woven to bridge gaps of belief, politics, education, and even faith. In this, L'Engle's third book of her Genesis Trilogy, the author draws on the death of her husband to provide comfort and inspiration to those who suffer grief, loneliness, and doubt.

Madeleine L'Engle possesses the same ambidextrous skill of storytelling as other literary giants, including C. S. Lewis and George MacDonald. Her fictional stories appeal to generations of readers, and are equally embraced in both the secular and religious markets. But it is her ability in her nonfiction work to engage with the historical text of the book of Genesis through a dynamic unpacking of protagonists, antagonists, and matters of faith that establishes the Genesis Trilogy as a highly treasured collection of spiritual writings. The wisdom, gentleness, and insight of Sold into Egypt offers readers practical advice on clinging to hope, even in the midst of loss and disappointment.

Other Editions - Sold Into Egypt by Madeleine L'Engle » Have you read this book? We'd like to know what you think about it - write a review about Sold Into Egypt book by Madeleine L'Engle and you'll earn 50c in Boomerang Bucks loyalty dollars (you must be a Boomerang Books Account Holder - it's free to sign up and there are great benefits!)