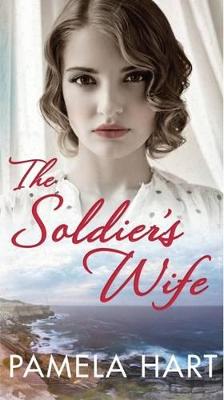 'This story will have you captivated from the very beginning to its compelling conclusion.' ADELAIDE MATTERSNewlyweds Ruby and Jimmy Hawkins are sure their love will survive the trauma and tragedy of war. Amid the desperate battles raging in Gallipoli, Jimmy dreams of the future they planned together. In Sydney, Ruby reads his romantic letters full of love and longing.But as weeks slip into months Ruby must forge her own new life. When she takes a job at a city timber merchant's yard, she is thrown into a man's world fraught with complications. And as the lives of those around her begin to shatter, Ruby must change if she is to truly find her way. Is she still the same woman Jimmy fell in love with?Inspired by the true story of the author's own family history, THE SOLDIER'S WIFE is a heart-soaring story of passion, love and loss and learning how to live when all you hold dear is threatened.'Evokes WWI Sydney to the point where the reader can almost feel the salty wind blowing off the harbour as the troops are shipped out through the Heads.' BOOKS+PUBLISHING

» Have you read this book? We'd like to know what you think about it - write a review about Soldier's Wife book by Pamela Hart and you'll earn 50c in Boomerang Bucks loyalty dollars (you must be a Boomerang Books Account Holder - it's free to sign up and there are great benefits!)

The Soldiers Wife is different from a lot of WWI novels I’ve read as it is told from a woman’s point of view, a young woman who had fallen in love, married and immediately lost her husband to fight in a war. Ruby had to fight for a job and fight for respect. She was feisty and a little outspoken for her time but this was all brought on by her urge to survive.

It’s hard to say much without giving spoilers on how the story pans out but it’s a story of growth and change. The war brought change for everyone, those that fought and those that remained at home.

Very well researched, the story will transport you back to 1915 Australia with wonderful descriptions of the streets of Sydney, the fashions and the attitudes of the time. Even the scene of Ruby doing the washing in the copper made it all so real and vivid in my mind.

The characters were all likeable and I instantly fell in love with Ruby and Jimmy as they bared their soul and their dreams.

An entertaining read that not only is a very touching story but also a good history of attitudes, customs and fashions from early 1900’s Australia.

Pamela is an award-winning author for adults and children. She has a Doctorate of Creative Arts from the University of Technology, Sydney. Under the name Pamela Freeman she wrote the historical novel THE BLACK DRESS, which won the NSW Premier's History Prize for 2006. Pamela is also well known for her fantasy novels for adults, published by Orbit worldwide, the Castings Trilogy, and her Aurealis Award-winning novel EMBER AND ASH. Pamela lives in Sydney with her husband and their son, and teaches at the Australian Writers' Centre. THE DESERT NURSE follows her bestselling novels THE SOLDIER'S WIFE, THE WAR BRIDE and A LETTER FROM ITALY.

A Preview for this title is currently not available.
More Books By Pamela Hart
View All