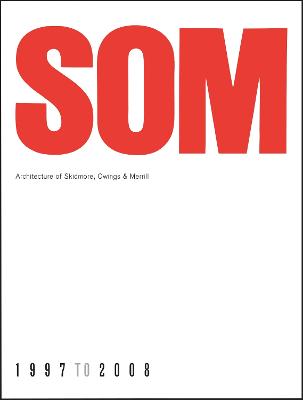 Skidmore, Owings & Merrill, founded in 1936, is one of the largest and most influential architecture firms in the world. SOM has long been known for innovation, experimentation, design excellence, and technical mastery, for an abiding interest in the contributions that buildings can make to the life of cities, and for a collaborative approach that extends to all aspects of the design and construction processes. This volume presents work from the late 1990s and 2000s.

In an era of true globalization in design and commerce, SOM has come to occupy a unique place in American and international architecture. Recognized for the exceptional quality of its architectural design and urban planning, the firm is also renowned for its clients, an eminent group of businesses and institutions. In the years 1997-2008, the period represented in this monograph, SOM's steadfast dedication to a modern expression has produced an important series of works at all scales, in a variety of typologies, in countries around the world. From the diminutive Skyscraper Museum in New York City to the radiant Cathedral of Christ the Light in Oakland, California, to the master plan and two buildings for the University of California Merced, the newest U.C. campus, the works shown here illustrate the remarkable range of SOM's current practice.

Perhaps no work exemplifies the firm's creative, multifaceted approach as much as 7 World Trade Center, the first structure built at the World Trade Center after September 11, 2001. On a site claimed by commerce but also subject to the demands of memory, SOM created an elegant stainless-steel and glass tower that restores the New York City street grid and begins the process of remaking this part of the city. A suggestive combination of artistic and structural expertise, dedication to finding sustainable design solutions, collaborations with preeminent artists and designers, and commitment to urbanism characterize not only 7 World Trade Center but SOM's recent body of work.

Among the projects shown is the massive U.S. Census Bureau Headquarters in Suitland, Maryland, the first federal office building to receive a LEED rating. The U.S. Embassy in Beijing elegantly responds to the local culture and site. An abundance of airport projects--in New York, San Francisco, Boston, Israel, and Singapore--shows SOM's mastery of this complex project type. The firm's commitment to urbanism and its ability to work at a large scale on sites of great visibility are evident in the designs for the Time Warner Center in New York and Tokyo Midtown, as well as in a series of grand master plans: Chongming Island in Shanghai, the redevelopment of the waterfront in Alexandria, Egypt, and Treasure Island in the San Francisco Bay. At the same time, the firm often works at a fine scale, as in the Burr Street School in Connecticut, the retail prototype for Charles Schwab, and the Conde Nast Cafeteria in New York.

Kenneth Frampton brings a historian's perspective to SOM's recent work, tracing its evolution back to the Miesian modernism dominant at the time of the firm's founding and forward to the cutting-edge technical advances to which the firm has devoted itself. Large-span structures, high-rise towers, low-rise topographic forms, compositions that incorporate media, and constructivist essays: all contribute to the development of contemporary architecture and contemporary urbanism alike. Well into its eighth decade of practice, SOM continues on a course of twenty-first century modernism, a modernism that is diverse and inclusive, contextual, urbane, and populist.

Other Editions - Som by Kenneth Frampton 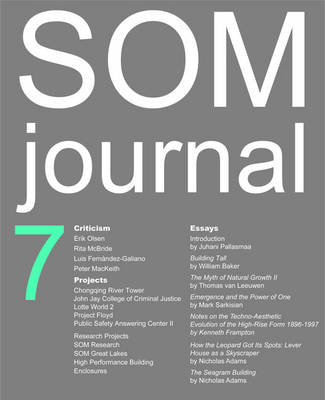 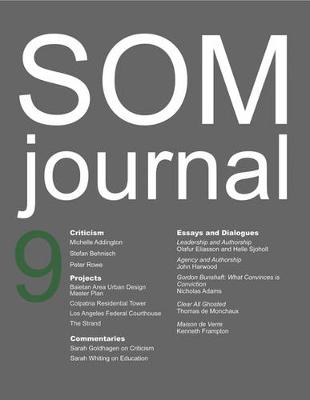 » Have you read this book? We'd like to know what you think about it - write a review about Som book by Kenneth Frampton and you'll earn 50c in Boomerang Bucks loyalty dollars (you must be a Boomerang Books Account Holder - it's free to sign up and there are great benefits!)

Kenneth Frampton is the Ware Professor of Architecture at the Graduate School of Architecture, Planning and Preservation at Columbia University. His books include "Modern Architecture: A Critical History, Studies in Tectonic Culture, Le Corbusier," and "Labour, Work and Architecture." 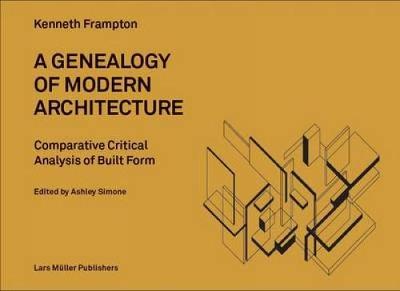 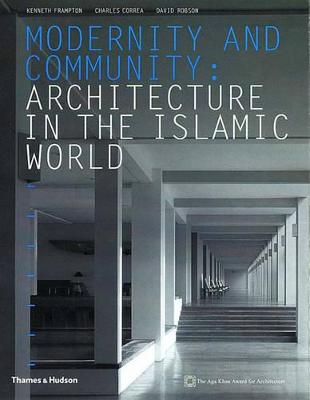