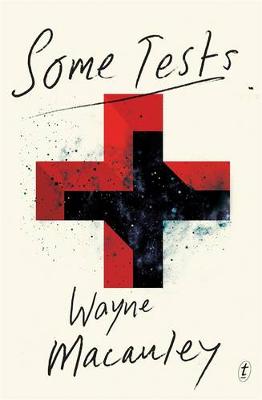 Description - Some Tests by Wayne Macauley

It begins with the normally healthy Beth - aged-care worker, wife of David, mother of Lettie and Gem - feeling vaguely off-colour. A locum sends her to Dr Yi for some tests. 'There are a few things here that aren't quite right,' says Dr Yi, 'and sometimes it is these little wrongnesses that can lead us to the bigger wrongs that matter.'

Beth is sent on to Dr Twoomey for more tests. Then to another specialist, and anotheraReferral after referral sees her bumped from suburb to suburb, bewildered, joining busloads of people all clutching white envelopes and hoping for answers.

But what is actually wrong with Beth - is anything, in fact, wrong with her? And what strange forces are at work in the system? As the novel reaches its stunning climax, we realise how strange these forces are.

Unnerving and brilliant, Some Tests is about waking up one morning and finding your ordinary life changed forever.

» Have you read this book? We'd like to know what you think about it - write a review about Some Tests book by Wayne Macauley and you'll earn 50c in Boomerang Bucks loyalty dollars (you must be a Boomerang Books Account Holder - it's free to sign up and there are great benefits!)

Book Review: Some Tests by Wayne Macauley - Reviewed by CloggieA (25 May 2017)

4 stars Some Tests is the fifth novel by Australian author, Wayne Macauley. At thirty-seven, Beth Own is happily married mother of two young daughters. She has a nice house on Blossom Street in Heatherdale and works in aged care. On Monday afternoon, Beth is feeling a little off colour, feeling something is not quite right, so she leaves work early.

David takes care of Lettie and Gem and, when Beth feels no better the following morning, and unable to get an appointment with their usual GP, organises a locum to visit. After his examination, the locum tells Beth she needs to go for some tests. At first Beth wonders if staying in bed for a day would have proved sufficient to restore her usual vigour, but in her “not quite right” state, finds herself deferring to those who obviously know what is best for her health.

Beth embarks on a trek through the bewildering world of medical tests, one of seemingly a parade of patients all needing some tests, all subject to the dizzying effect of the rarefied atmosphere encountered at the consulting rooms of medical specialists. Beth’s continued acceptance is reminiscent of Stockholm Syndrome, and for anyone who has encountered the mystique of this realm, with its jargon, its inadequacy of explanation, its feeling of loss of control, this will strike a chord.

Macauley populates his tale with believable characters (although you may want to give Beth a good shake and tell her to get a grip, until you remember her judgement is probably off because she’s a bit unwell), and, ghosts and a slightly bizarre ending notwithstanding, he certainly gets the reader thinking about where to draw the line with those tests, and how well- or ill-equipped we might be to determine that. Ceridwen Dovey says this novel is “darkly surreal” and there is no description more succinct or more wholly apt. Thought-provoking.

Wayne Macauley is the author of the acclaimed novels Blueprints for a Barbed-Wire Canoe, Caravan Story, The Cook and Demons. The Cook was shortlisted for a Western Australian Premier's Book Award, a Victorian Premier's Literary Award and the Melbourne Prize Best Writing Award.

China Matters: Getting It Right for Australia
Bates Gill
$25.49 $29.99
More Books By Wayne Macauley
View All