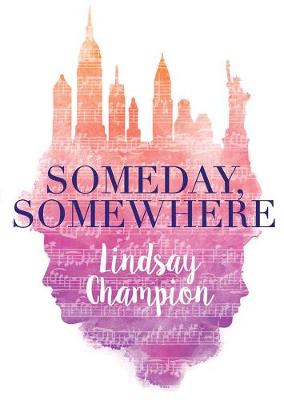 Structured like a sonata, this heartbreaking debut novel hits all the right notes. Dominique is a high school junior from a gritty neighborhood in Trenton, where she and her mom are barely getting by. Ben is a musical prodigy from the Upper East Side, a violinist at a top conservatory with obsessive talent and a brilliant future. When Dom's class is taken to hear a concert at Carnegie Hall, she expects to be bored out of her mind. But then she sees the boy in the front row playing violin like his life depends on it - and she is transfixed. Posing as an NYU student, Dom sneaks back to New York City to track down Ben Tristan, a magnetic genius who whisks her into a fantasy world of jazz clubs and opera, infatuation and possibility. Each sees something in the other that promises to complete them. As Dom's web of lies grows, though, so does Ben's overwhelming need to conquer Beethoven's famous Kreutzer Sonata. But Ben's genius, which captivates Dominique, conceals a secret that may tear them apart. Alternating perspectives create suspense and momentum, romance and heartbreak. Author Lindsay Champion's deep roots in theater and music are evident on every page - structured like a sonata with hints of West Side Story, her debut novel hits all the right notes. AGES: 14 to 18 AUTHOR: Lindsay Champion is a graduate of the NYU Tisch School of the Arts, where she spent most of her time doing high kicks and eating falafel from Taim. After a stint as a closed caption writer, she served as the features editor at broadway.com. She is the food and wellness director for the women's lifestyle digital media company PureWow, mostly for the snacks. This is her first novel. 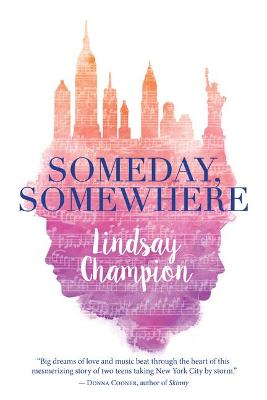 » Have you read this book? We'd like to know what you think about it - write a review about Someday, Somewhere book by Lindsay Champion and you'll earn 50c in Boomerang Bucks loyalty dollars (you must be a Boomerang Books Account Holder - it's free to sign up and there are great benefits!)

Lindsay is a YA author living in the best place on earth, New York City. She is a graduate of NYU's Tisch School of the Arts, where she spent most of her time doing high kicks and eating falafel. After a stint as a closed caption writer, she served as the Features Editor at Broadway.com, where she managed to interview her celebrity crushes Paul Rudd, Hugh Jackman and Jake Gyllenhaal without fainting or peeing her pants. She is the Food and Wellness Director for the digital media company PureWow, mostly for the snacks. Someday, Somewhere is her first novel.