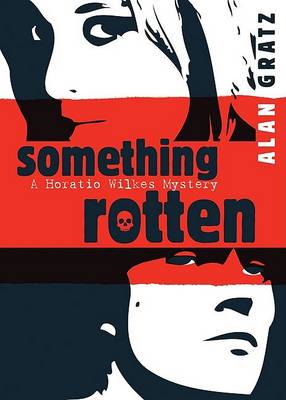 Denmark, Tennessee, stinks. The smell hits Horatio Wilkes the moment he pulls into town to visit his best friend, Hamilton Prince. And it's not just the paper plant and the polluted river that's stinking up Denmark- Hamilton's father has been poisoned and the killer is still at large. Why? Because nobody believes that Rex Prince was murdered. Nobody except Horatio and Hamilton. Now they need to find the killer, but it won't be easy. It seems like everyone in Denmark is a suspect. Motive, means, opportunity--they all have them. But who among them has committed murder most foul?

» Have you read this book? We'd like to know what you think about it - write a review about Something Rotten book by Alan M. Gratz and you'll earn 50c in Boomerang Bucks loyalty dollars (you must be a Boomerang Books Account Holder - it's free to sign up and there are great benefits!)

Alan Gratz was born and raised in Knoxville, Tennessee. After a carefree but humid childhood, he attended the University of Tennessee, where he earned a College Scholars degree with a specialization in creative writing and later a Master's degree in English education. In addition to writing plays, magazine articles, and a few episodes of A&E's City Confidential, Alan has taught catapult building to middle schoolers, written more than 6,000 radio commercials, and lectured as a Czech university. Currently, Alan lives with his wife Wendi and daughter Jo in the high country of western North Carolina, where he enjoys reading, eating pizza, and, perhaps not too surprisingly, watching baseball.

A Preview for this title is currently not available.
More Books By Alan M. Gratz
View All