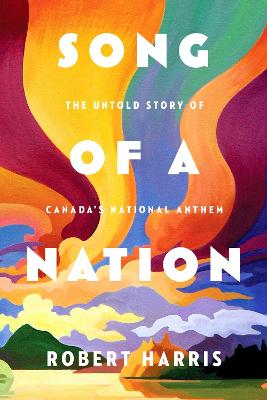 Song Of A Nation: The Untold Story of Canada's National Anthem

Description - Song Of A Nation: The Untold Story of Canada's National Anthem by Robert Harris

He was a composer, a performer, an entrepreneur, and an educator; played pop and classical music; and appeared in his quasi-colonial society, tragically, just ahead of his time. Calixa Lavallee, the French Canadian composer of "O Canada," has a compelling, almost unbelievable personal story. He left home at 12 and worked as a blackface minstrel, travelling throughout the United States for more than a decade; he fought and was injured in the American Civil War in perhaps the most important battle of that war, at Antietam Creek; performed for President Lincoln several times; produced the first opera in Quebec and wrote two of his own; became a leading figure in American music education, representing American music in London; journeyed to Paris to study for two years; tried and failed to create a Quebec national conservatory. And he wrote our national anthem. But Lavallee also represents all the contradictions and confusions of Canadian identity as our country came together in the last half of the nineteenth century. To understand "O Canada," and to understand the man who wrote it, is to return to the Canada of the mid-nineteenth century, a Canada just forming as a nation, bringing together ancient racial hatreds and novel political possibilities, as culture faced culture, religion faced religion, economy faced economy. Calixa Lavallee is the most famous Canadian you have never heard of, living a life and ultimately composing a song that stands the test of time.

Book Reviews - Song Of A Nation: The Untold Story of Canada's National Anthem by Robert Harris

» Have you read this book? We'd like to know what you think about it - write a review about Song Of A Nation: The Untold Story of Canada's National Anthem book by Robert Harris and you'll earn 50c in Boomerang Bucks loyalty dollars (you must be a Boomerang Books Account Holder - it's free to sign up and there are great benefits!)