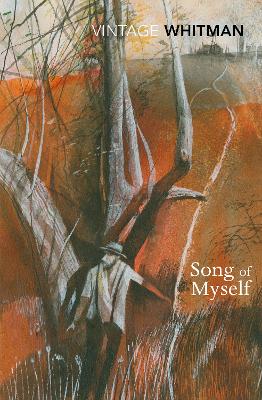 Description - Song of Myself by Walt Whitman

'I too am not a bit tamed, I too am untranslatable, / I sound my barbaric yawp over the roofs of the world.'

To mark 160 years since its first publication, a new edition of the great American poet's most famous work

Abundant, ecstatic, generous, courageous - this is the first American epic poem, a celebration of selfhood and a catalogue of nineteenth-century American life of all ages and races. Revolutionary in style and controversial in content when it was first published in 1855, Whitman's masterwork has since inspired generations with its intoxicating rhythms and images, and its inclusive, praiseful joy.

Other Editions - Song of Myself by Walt Whitman 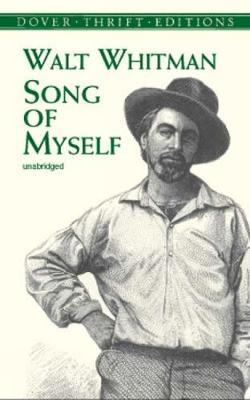 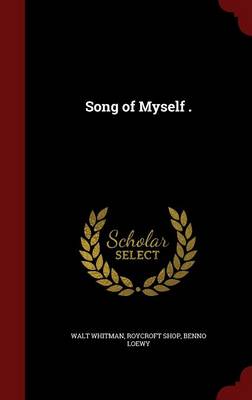 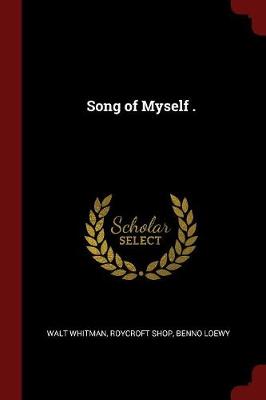 Book Reviews - Song of Myself by Walt Whitman

» Have you read this book? We'd like to know what you think about it - write a review about Song of Myself book by Walt Whitman and you'll earn 50c in Boomerang Bucks loyalty dollars (you must be a Boomerang Books Account Holder - it's free to sign up and there are great benefits!)

Walt Whitman was born on 31 May 1819 in Long Island, New York. Without much formal education, he began work at an early age as an office boy, printer and school teacher. His first major collection of poetry, Leaves of Grass, was self-published in 1855. During the American Civil War, Whitman volunteered as a nurse at military hospitals in Washington, and his experiences inspired his next collection, Drum-Taps, published in 1865, and Memoranda During the War (1875). Whitman was an ardent Democrat, and wrote several poems to Abraham Lincoln, including O Captain! My Captain . His poetry was seen by many as immoral, and was the cause of his dismissal from a post as clerk in the Department of the Interior, but he won praise from his contemporaries Ralph Waldo Emerson and Henry David Thoreau, and his work was enthusiastically received by poetic circles in England. Having survived a paralysing stroke in 1873, Whitman left Washington for Camden, New Jersey, where he continued to write up until his death on 26 March 1892.