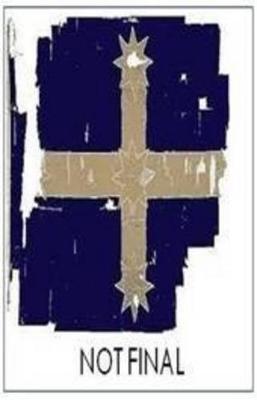 Sons Of The Southern Cross

rebels, revolutions, Anzacs and the spirit of Australia's fighting flag

From Eureka to Ned Kelly, from Gallipoli to the birth of the ALP to the Cronulla riots, the Southern Cross flag has been the symbol for a rebellious Australian spirit. Here, the good, bad and the ugly stories of a succession of renegades. Ever since it was launched in the minefields of Victoria the Southern Cross flag has been a symbol for a rebellious Australian spirit - from the battles of Eureka to those of Ned Kelly, from the birth of the Labor Party to the Anzacs at Galliopoli. the men and women involved took the flag as their symbol. But as much as it became a metaphor for anti-establishment heroics, the flag also had a darker side; xenophobia, racism, intolerance and violence. Grantlee Kieza tells the story of the flag through the stories of the people who fought under it, the miners, the soldiers, the bushrangers, the journalists and politicians, who shaped Australia. He takes readers from the slums of Ireland to the goldfields of Victoria, and then on to the courtrooms, pubs and hideouts where revolutions were hatched. through the raw and impassioned characters trying to make a life in a new nation, he brings Australia's renegade history vividly to life.

Book Reviews - Sons Of The Southern Cross by Grantlee Kieza

» Have you read this book? We'd like to know what you think about it - write a review about Sons Of The Southern Cross book by Grantlee Kieza and you'll earn 50c in Boomerang Bucks loyalty dollars (you must be a Boomerang Books Account Holder - it's free to sign up and there are great benefits!)