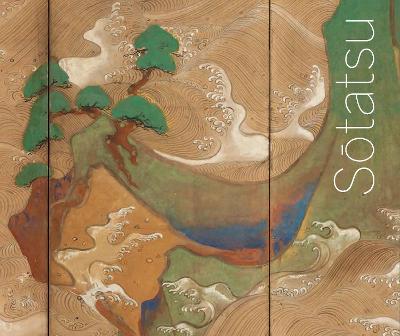 "S?tatsu is a beautifully designed volume celebrating the influential early seventeenth-century Japanese painter Tawaraya S?tatsu. This book, the first Western survey of this important artist, accompanies the Smithsonian's Arthur M. Sackler Gallery exhibition of the same name. Tawaraya S?tatsu was a commoner who introduced traditional Japanese themes and subjects, formerly the sole purview of the aristocracy, to broader audiences. He painted these nationalistic images using a bold, expressive new design style. This characteristic style was further developed and enhanced when he founded the historic Rinpa school with calligrapher Hon'ami K?etsu; Rinpa works are marked by dramatic, stylized renderings of traditional Japanese themes. Essays by leading scholars from the United States and Japan focus on S?tatsu's well-known works; his collaboration with K?etsu; his varied roles as shopkeeper, compiler, and court painter; and his influence over other artists, including Ogata K?rin, Ogata Kenzan, Sakai H?itsu, and Suzuki Kiitsu. The book also examines Freer Gallery of Art founder Charles Lang Freer's role in introducing S?tatsu and K?etsu to the Western world. S?tatsu is a must-have book

» Have you read this book? We'd like to know what you think about it - write a review about Sotatsu book by Tawaraya Sotatsu and you'll earn 50c in Boomerang Bucks loyalty dollars (you must be a Boomerang Books Account Holder - it's free to sign up and there are great benefits!)

JAMES T. ULAK is the senior curator of Japanese art at the Freer Gallery of Art and Arthur M. Sackler Gallery. He is a specialist in the history of narrative painting in 14th- and 15th-century Japan. In 2010 the Japanese government conferred on Dr. Ulak the Order of the Rising Sun for strengthening Japan-US relations through cultural exchange. YUKIO LIPPIT is a Harris K. Weston Associate Professor of the Humanities at Harvard University. He has authored numerous books and articles on premodern Japanese painting, including Colorful Realm- Japanese Bird-and-Flower Paintings by Ito Jakuchu.