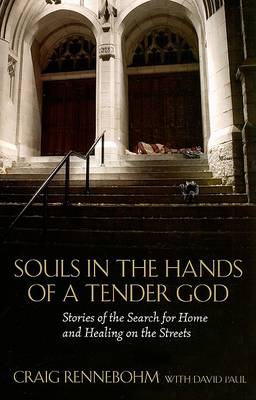 Souls in the Hands of a Tender God

Stories of the Search For Home and Healing on the Streets

Craig Rennebohm shares the evocative stories of those he has encountered on the street who desperately need psychiatric, psychological, and spiritual support. We meet people who, abandoned and marginalized by their community, need care and treatment to find their way back to a life of stability and meaning. Their stories become parables that explore mental illness and the spiritual heart of care and recovery, helping us understand what it means to be human, on a pilgrimage together toward wholeness.

Rennebohm's powerful experiences, drawn from his own life and the lives of those he has aided in their struggles, show us a God of kindness and compassion. He offers a clear understanding of Spirit, faith, soul, and religion that will prove invaluable to individual conversations and to dialogue among congregations about how we can best welcome and include "the least among us"-our most fragile and troubled neighbors.

With gentleness and grace, solid knowledge and wisdom, Rennebohm helps those who are seeking a path of healing and the way of companionship so they may build healing communities of caring that in which all may have a home, safely rest, and be well.

Buy Souls in the Hands of a Tender God by Craig Rennebohm from Australia's Online Independent Bookstore, Boomerang Books. 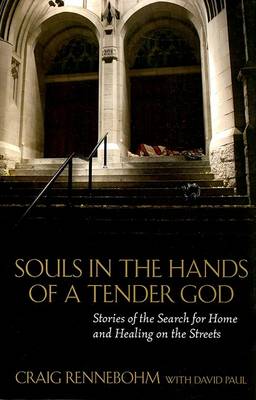 » Have you read this book? We'd like to know what you think about it - write a review about Souls in the Hands of a Tender God book by Craig Rennebohm and you'll earn 50c in Boomerang Bucks loyalty dollars (you must be a Boomerang Books Account Holder - it's free to sign up and there are great benefits!)

Craig Rennebohm has worked for twenty years on the streets of Seattle, WA, supporting homeless individuals struggling with mental illness on the journey through the community mental health system to stability in the community. He has worked extensively with families, served as chaplain on the inpatient mental health units at Harborview Medical Center and has worked in partnership with local congregations to develop mental health ministries that include education, spiritual care and support groups, services of healing and encouragement, shelter, drop-in programs and supported housing. He has developed a basic "Companionship Training," which equips laity for ministries of presence and service, and "Relational Outreach," a resource and training for medical, mental health, human service and chemical dependency staff. Craig graduated from Carleton College, the Chicago Theological Seminary and the Pacific School of Religion where he earned a Doctor of Ministry degree specializing in pastoral care. Craig was ordained in Lowell, MA where he served in a community ministry position which included serving as a juvenile court chaplain, campus minister and as a staff member of the Lowell Pastoral Counseling Center. As pastor of Pilgrim Church in Seattle for 11 years he helped create a lively diverse congregation which embodied the message, "All are Welcome, Come as You Are." Craig is a United Church of Christ minister whose greatest delight is his family, Barb, Kelsey, Sam and Max. David W. Paul is a Seattle-based writer and editorial consultant. He is a former political scientist who taught at Princeton and the University of Washington. He has authored or co-authored six books and many articles ranging from politics and history to film criticism, the Internet, and poetry translations. As a technical writer and editor, he worked on contract with Microsoft, Adobe, Boeing, and other companies in the Puget Sound area. His recognitions include awards from the Pacific Northwest Writers Association and the Seattle Arts Commission. He has been a National Endowment for the Humanities Fellow, a Fulbright-Hays Fellow, and a scholar-in-residence for the Washington Commission for the Humanities and the Washington State Arts Commission.

A Preview for this title is currently not available.
More Books By Craig Rennebohm
View All