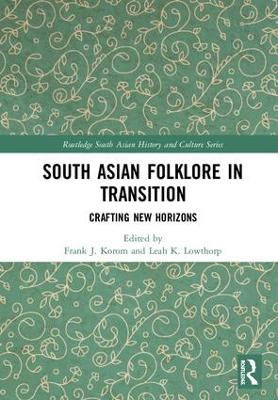 The Indian Subcontinent has been at the centre of folklore inquiry since the 19th century, yet, while much attention was paid to India by early scholars, folkloristic interest in the region waned over time until it virtually disappeared from the research agendas of scholars working in the discipline of folklore and folklife. This fortunately changed in the 1980s when a newly energized group of younger scholars, who were interested in a variety of new approaches that went beyond the textual interface, returned to folklore as an untapped resource in South Asian Studies.

This comprehensive volume further reinvigorates the field by providing fresh studies and new models both for studying the "lore" and the "life" of everyday people in the region, as well as their engagement with the world at large. By bringing Muslims, material culture, diasporic horizons, global interventions and politics to bear on South Asian folklore studies, the authors hope to stimulate more dialogue across theoretical and geographical borders to infuse the study of the Indian Subcontinent's cultural traditions with a new sense of relevance that will be of interest not only to areal specialists but also to folklorists and anthropologists in general.

This book was originally published as a special issue of South Asian History and Culture. 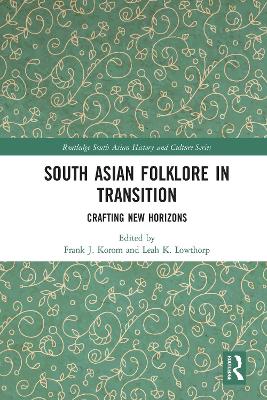 » Have you read this book? We'd like to know what you think about it - write a review about South Asian Folklore in Transition: Crafting New Horizons book by Frank J. Korom and you'll earn 50c in Boomerang Bucks loyalty dollars (you must be a Boomerang Books Account Holder - it's free to sign up and there are great benefits!)


A Preview for this title is currently not available.
More Books By Frank J. Korom
View All