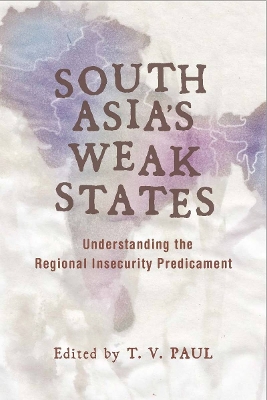 South Asia, which consists of eight states of different sizes and capabilities, is characterized by high levels of insecurity at the inter-state, intra-state, and human level: insecurity that is manifest in both traditional and non-traditional security problems-especially transnational terrorism fuelled by militant religious ideologies.To explain what has caused and contributed to the perpetual insecurity and human suffering in the region, this book engages scholars of international relations, comparative politics, historical sociology, and economic development, among others, to reveal and analyze the key underlying and proximate drivers. It argues that the problems are driven largely by two critical variables: the presence of weak states and weak cooperative interstate norms.Based on this analysis and the conclusions drawn, the book recommends specific policies for making the region secure and for developing the long lasting inter- and intra-state cooperative mechanisms necessary for the perpetuation of that security. 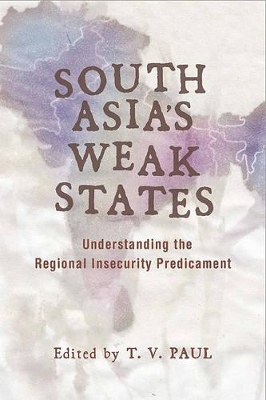 » Have you read this book? We'd like to know what you think about it - write a review about South Asia's Weak States book by T. V. Paul and you'll earn 50c in Boomerang Bucks loyalty dollars (you must be a Boomerang Books Account Holder - it's free to sign up and there are great benefits!)