The acceptance of human rights and minority rights, the increasing role of international financial institutions, and globalization have led many observers to question the continued viability of the sovereign state. Here a leading expert challenges this conclusion. Stephen Krasner contends that states have never been as sovereign as some have supposed. Throughout history, rulers have been motivated by a desire to stay in power, not by some abstract adherence to international principles. Organized hypocrisy--the presence of longstanding norms that are frequently violated--has been an enduring attribute of international relations Political leaders have usually but not always honored international legal sovereignty, the principle that international recognition should be accorded only to juridically independent sovereign states, while treating Westphalian sovereignty, the principle that states have the right to exclude external authority from their own territory, in a much more provisional way. In some instances violations of the principles of sovereignty have been coercive, as in the imposition of minority rights on newly created states after the First World War or the successor states of Yugoslavia after 1990; at other times cooperative, as in the European Human Rights regime or conditionality agreements with the International Monetary Fund. The author looks at various issues areas to make his argument: minority rights, human rights, sovereign lending, and state creation in the nineteenth and twentieth centuries. Differences in national power and interests, he concludes, not international norms, continue to be the most powerful explanation for the behavior of states. 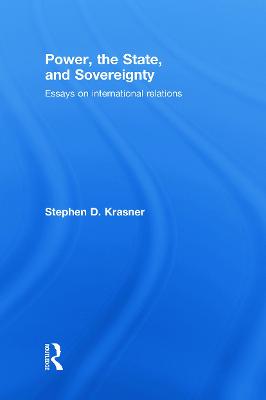 » Have you read this book? We'd like to know what you think about it - write a review about Sovereignty book by Stephen D. Krasner and you'll earn 50c in Boomerang Bucks loyalty dollars (you must be a Boomerang Books Account Holder - it's free to sign up and there are great benefits!)

Stephen D. Krasner is the Graham H. Stuart Professor of International Relations and a Senior Fellow in the Institute for International Studies at Stanford University. He is the author of Defending the National Interest: Raw Material Investments and U.S. Foreign Policy (Princeton) and Structural Conflict: The Third World Against Global Liberalism, and is the editor of International Regimes.

A Preview for this title is currently not available.
More Books By Stephen D. Krasner
View All

How to Make Love to a Despot: An Alternative Foreign Policy for the Twenty-First Century
Available, ships in 7-10 business days
$46.99 $47.95