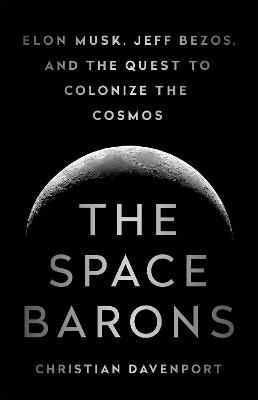 Elon Musk, Jeff Bezos, and the Quest to Colonize the Cosmos

The visionary quest to rekindle the human exploration and colonization of space led by two rivals and their vast fortunes, egos, concern about the future of humanity, and visions of space as the next entrepreneurial frontierFor years, space enthusiasts have imagined people in spaceships colonizing the cosmos, and for more than four decades, US presidents have been predicting a real-life journey to Mars. Little progress, however, has been made since the halcyon days of the Mercury and Apollo programs--until now. Chris Davenport tells the story of the "Space Barons"--notably Elon Musk and Jeff Bezos, but also Richard Branson and Paul Allen--and their unbelievably big ambitions to revive the US manned space program and reignite ancient dreams. These tycoons, with deep imaginations and deeper wallets, have ambitions to go far into space, well beyond the lower Earth orbit of the International Space Station. They are the founders of some of the biggest brands in the world--Amazon, Tesla, PayPal, Microsoft, Virgin--and have poured hundreds of millions of their own money into their new companies, betting that space tourism, asteroid mining, CubeSats (satellites the size of shoe boxes), and other new ventures will prove to be the next great technological revolution. For them, this is about more than monetizing space and space travel; it's exploration for exploration's sake: striking out with one destination in mind, but finding something else entirely. "Do we want," Elon Musk asks, "a future where we are forever confined to one planet until some eventual extinction event--however far in the future that might occur? Or do we want to become a multi-planet species, ultimately out there among the stars?"With an inside track on the businesses, rivalries, and rocketry that are fueling the new space race, THE SPACE BARONS is the story of how these billionaires plan to open the space frontier, extending humanity's reach and fulfilling the dreams of a generation.

Other Editions - The Space Barons by Christian Davenport 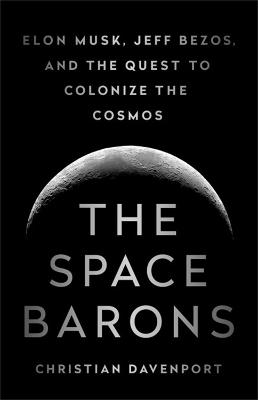 » Have you read this book? We'd like to know what you think about it - write a review about Space Barons book by Christian Davenport and you'll earn 50c in Boomerang Bucks loyalty dollars (you must be a Boomerang Books Account Holder - it's free to sign up and there are great benefits!)

Christian Davenport is a staff writer at theWashington Post covering the space and defense industries for the financial desk. He joined the Post in 2000, and has written about the DC-area sniper shootings, the Abu Ghraib prison scandal, and the burial problems at Arlington National Cemetery. He is a recipient of the Peabody award for his work on veterans with Traumatic Brain Injury and has been on reporting teams that were finalists for the Pulitzer Prize three times. Before joining the financial staff, Davenport was an editor on the Metro desk, overseeing coverage of local government and politics. He has also worked at Newsday, Philadelphia Inquirer, and Austin American-Statesman. As a frequent radio and television commentator, he has appeared on MSNBC, CNN, PBS NewsHour, and several NPR shows, including All Things Considered and Diane Rehm. 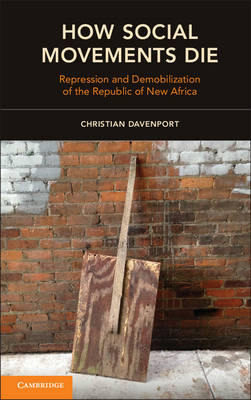