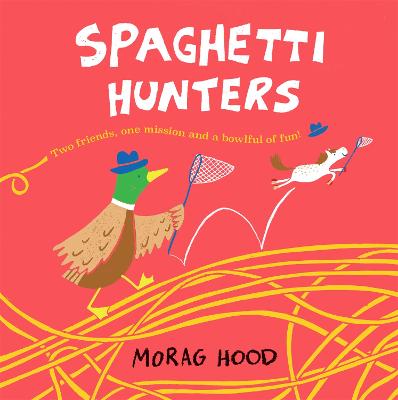 Spaghetti Hunters is a brilliantly funny and wonderfully silly picture book, featuring a duck, a tiny horse and quest for spaghetti, from the award-winning Morag Hood - creator of The Steves, I Am Bat, Aalfred and Aalbert and Brenda is a Sheep.

Duck has lost his spaghetti, and Tiny Horse has a plan to save the day. But what exactly do you bring to a Spaghetti Hunt? A spade, a fishing rod, a jar of peanut butter, cutlery and some binoculars, obviously.

Searching far and wide, Tiny Horse catches worms, a ball of string, even a snake - but no spaghetti. Disaster! Until Duck consults a recipe book and armed with flour, eggs and a pasta maker, sets about making his own spaghetti.

This infectiously comic story encourages reading and home-cooking, teaching children about where food really comes from. 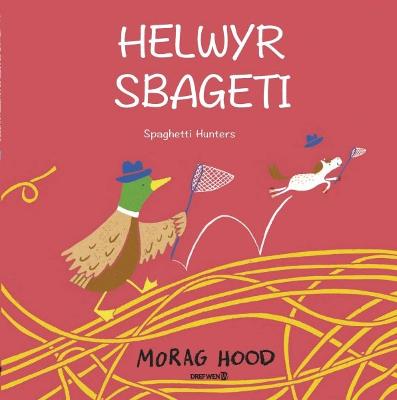 » Have you read this book? We'd like to know what you think about it - write a review about Spaghetti Hunters book by Morag Hood and you'll earn 50c in Boomerang Bucks loyalty dollars (you must be a Boomerang Books Account Holder - it's free to sign up and there are great benefits!)


A Preview for this title is currently not available.
More Books By Morag Hood
View All