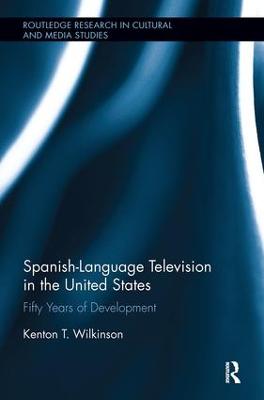 Spanish-Language Television in the United States

Since its introduction in the early 1960s, Spanish-language television in the United States has grown in step with the Hispanic population. Industry and demographic projections forecast rising influence through the 21st century. This book traces U.S. Spanish-language television's development from the 1960s to 2013, illustrating how business, regulation, politics, demographics and technological change have interwoven during a half century of remarkable change for electronic media.

Spanish-language media play key social, political and economic roles in U.S. society, connecting many Hispanics to their cultures of origin, each other, and broader U.S. society. Yet despite the population's increasing impact on U.S. culture, in elections and through an estimated $1.3 trillion in spending power in 2014, this is the first comprehensive academic source dedicated to the medium and its history. The book combines information drawn from the business press and trade journals with industry reports and academic research to provide a balanced perspective on the origins, maturation and accelerated growth of a significant ethnic-oriented medium.

Other Editions - Spanish-Language Television in the United States by Kenton T. Wilkinson 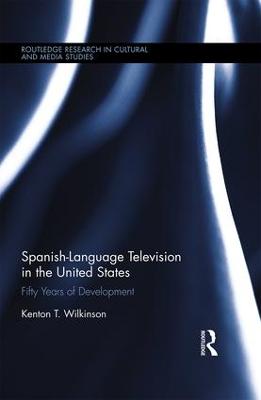 » Have you read this book? We'd like to know what you think about it - write a review about Spanish-Language Television in the United States book by Kenton T. Wilkinson and you'll earn 50c in Boomerang Bucks loyalty dollars (you must be a Boomerang Books Account Holder - it's free to sign up and there are great benefits!)

A Preview for this title is currently not available.
More Books By Kenton T. Wilkinson
View All