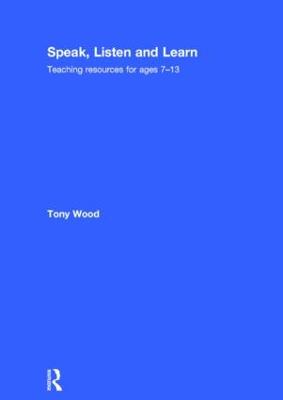 This indispensable resource, for teachers of pupils aged 7-13 years, consists of a series of graduated lesson plans aimed at improving children's speaking and listening skills, their self-confidence and their motivation to learn, ultimately leading to better school performance. The scheme was developed and tested in schools during a four year period with over three thousand children and their teachers, and focuses on class and group activities that are enjoyable as well as instructive. All pupils are able to participate regardless of background, academic standing or facility in English, and the skills acquired are central to the National Curriculum for England and Wales Key Stages 2 and 3.

Each lesson worksheet includes learning objectives, guidance on preparation and organisation, an activity guide, and follow-up suggestions, all presented in a clear and simple manner to lead the teacher step by step through the session.

The materials are grouped into four levels of difficulty which combine to build a powerful range of abilities associated with persuasive and presentational speech, dialogue and debate, as well as developing the children's command, use, and articulation of English. Each level consists of twelve starter lessons suitable for class-based group work, with sections preparing pupils for a variety of class competitions including public speaking, poetry reading and debating. The activities link naturally with other areas of the curriculum, and topics already being studied can easily be incorporated.

In a parallel controlled research project highly significant gains in a nationally standardised test of non-verbal reasoning were made over a seven month period by children who followed the activities for one lesson a week compared to those who did not. These were well in excess of what would be expected for their increased age. Particularly high gains were made by children of lesser ability and those for whom English was an additional language. The improvements recorded were later confirmed by the schools' own National Curriculum assessments of progress against targets, where on average the project children exceeded substantially the end of year forecasts made by their teachers.

Other Editions - Speak, Listen and Learn by Tony Wood 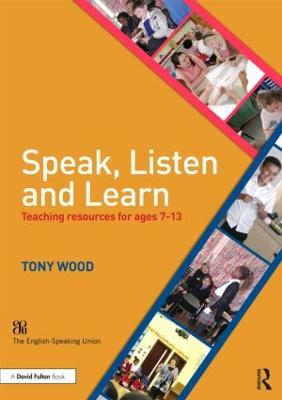 » Have you read this book? We'd like to know what you think about it - write a review about Speak, Listen and Learn book by Tony Wood and you'll earn 50c in Boomerang Bucks loyalty dollars (you must be a Boomerang Books Account Holder - it's free to sign up and there are great benefits!)

Tony Wood is a former primary school teacher who went on to become the founding Vice-Chancellor of the University of Bedfordshire and since 2011 has served as a Governor and Trustee of The English-Speaking Union.

A Preview for this title is currently not available.
More Books By Tony Wood
View All