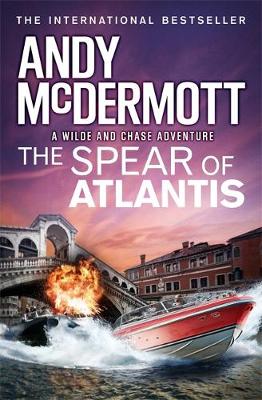 The Spear of Atlantis (Wilde/Chase 14)

Description - The Spear of Atlantis (Wilde/Chase 14) by Andy McDermott

After KING SOLOMON'S CURSE comes Andy McDermott's newest Wilde and Chase novel, in which the intrepid pair find themselves in a race against time - before modern civilization is brought to its knees... Wilde and Chase are back in a quest to find a legendary weapon lost since the fall of Atlantis... World-famous archaeologist Nina Wilde and her husband, ex-SAS bodyguard Eddie Chase, believe their days of danger are behind them. But when Nina is framed for the theft of a priceless artefact in a daring raid on a luxury cruise ship, she has no choice but to flee. On the run, Nina discovers that a shadowy group is searching for an ancient Atlantean weapon with destructive power beyond comprehension. Eddie - helped by a multi-talented team of friends - must risk his own life to learn who is pulling the strings.In a continent-crossing race against time, hunted by enemies with deadly ambitions, only Nina and Eddie can unearth the truth before a devastating force is unleashed on the world... 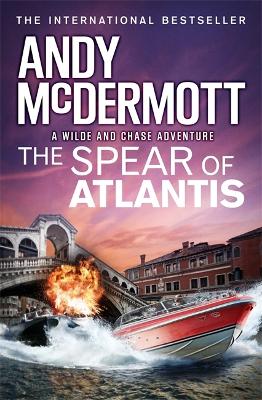 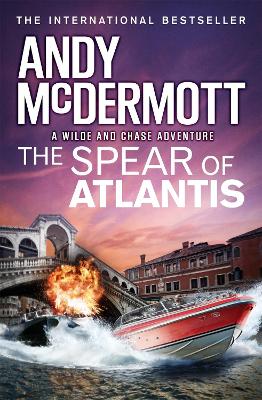 » Have you read this book? We'd like to know what you think about it - write a review about Spear of Atlantis (Wilde/Chase 14) book by Andy McDermott and you'll earn 50c in Boomerang Bucks loyalty dollars (you must be a Boomerang Books Account Holder - it's free to sign up and there are great benefits!)

Andy McDermott is the bestselling author of the Nina Wilde & Eddie Chase adventure thrillers, which have been sold in over 30 countries and 20 languages. His debut novel, THE HUNT FOR ATLANTIS, was his first of several New York Times bestsellers. THE SPEAR OF ATLANTIS is the fourteenth book in the series, and he has also written the explosive spy thriller The Persona Protocol. A former journalist and movie critic, Andy is now a full-time novelist. Born in Halifax, he lives in Bournemouth with his partner and son.