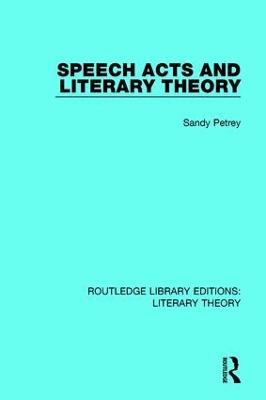 This book, first published in 1990, combines an introduction to speech-act theory as developed by J. L. Austin with a survey of critical essays that have adapted Austin's thought for literary analysis. Speech-act theory emphasizes the social reality created when speakers agree that their language is performative - Austin's term for utterances like: "we hereby declare" or "I promise" that produce rather than describe what they name. In contrast to formal linguistics, speech-act theory insists on language's active prominence in the organization of collective life. The first section of the text concentrates on Austin's determination to situate language in society by demonstrating the social conventions manifest in language. The second and third parts of the book discuss literary critics' responses to speech-act theory's socialisation of language, which have both opened new understandings of textuality in general and stimulated new interpretations of individual works. This book will be of interest to students of linguistics and literary theory.

Other Editions - Speech Acts and Literary Theory by Sandy Petrey 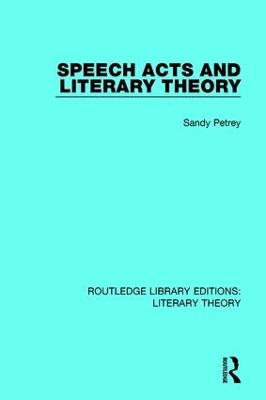 » Have you read this book? We'd like to know what you think about it - write a review about Speech Acts and Literary Theory book by Sandy Petrey and you'll earn 50c in Boomerang Bucks loyalty dollars (you must be a Boomerang Books Account Holder - it's free to sign up and there are great benefits!)


A Preview for this title is currently not available.
More Books By Sandy Petrey
View All