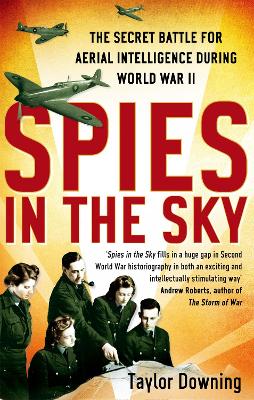 Spies In The Sky

The Secret Battle for Aerial Intelligence during World War II

Description - Spies In The Sky by Taylor Downing

SPIES IN THE SKY is the thrilling, little-known story of the partner organisation to the famous code-breaking centre at Bletchley Park. It is the story of the daring reconnaissance pilots who took aerial photographs over Occupied Europe during the most dangerous days of the Second World War and of the photo interpreters who invented a completely new science to analyse those pictures. They were inventive and ingenious; they pioneered the development of 3D photography and their work provided vital intelligence throughout the war.With a whole host of colourful characters at its heart, from the legendary pilot Adrian 'Warby' Warburton, who went missing while on a mission, to photo interpreters Glyn Daniel, later a famous television personality and Winston Churchill's daughter, Sarah, SPIES IN THE SKY is compelling reading and the first full account of the story of aerial photography and the intelligence gleaned from it in nearly fifty years.

Other Editions - Spies In The Sky by Taylor Downing 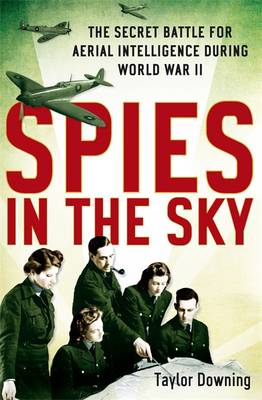 Book Reviews - Spies In The Sky by Taylor Downing

» Have you read this book? We'd like to know what you think about it - write a review about Spies In The Sky book by Taylor Downing and you'll earn 50c in Boomerang Bucks loyalty dollars (you must be a Boomerang Books Account Holder - it's free to sign up and there are great benefits!)

Taylor Downing is a television producer and writer. He was educated at Cambridge University and went on to become Managing Director and Head of History at Flashback Television, an independent production company. His most recent books include Breakdown, Secret Warriors, Spies in the Sky, Churchill's War Lab, Cold War (with Sir Jeremy Isaacs) and Night Raid.

A Preview for this title is currently not available.
More Books By Taylor Downing
View All