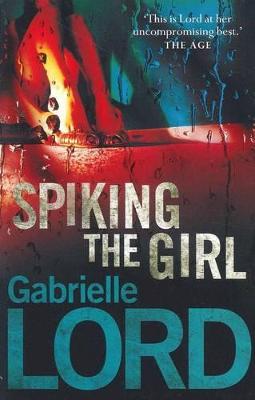 When Private Investigator Gemma Lincoln agrees to investigate a missing student from exclusive Netherleigh Park Ladies College, she finds herself drawn into a double murder case surrounded by a wall of silence. Gemma s best friend Detective Sergeant Angie McDonald helps, but Angie is overworked, unsupported by an incompetent superior officer, and crazy in love. As Gemma searches for her half-sister and follows the last movements of the murdered girls, an anonymous email tips her off. She must get the tell-tale evidence, but will she survive this encounter and the malevolent hatred that s been following her?

» Have you read this book? We'd like to know what you think about it - write a review about Spiking the Girl book by Gabrielle Lord and you'll earn 50c in Boomerang Bucks loyalty dollars (you must be a Boomerang Books Account Holder - it's free to sign up and there are great benefits!)

A Preview for this title is currently not available.
More Books By Gabrielle Lord
View All