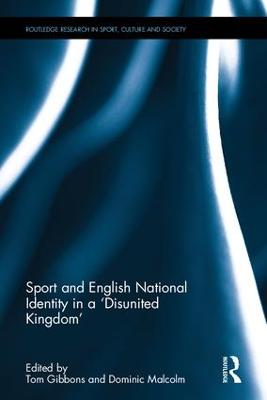 Sport and English National Identity in a `Disunited Kingdom'

Given sport's centrality in English society, what role does it play in symbolising contemporary English national identity? This comprehensive study explores the complex set of relationships between sport and what it means to be English in the twenty-first century. The bond between sport and nationalism has long been recognised, but with increasingly vociferous separatist nationalisms threatening the dismantling of the United Kingdom, a closer analysis is timely.

Sport and English National Identity in a 'Disunited Kingdom' is fascinating reading for all those with an interest in the sociology, politics and history of sport, and the study of nations, nationalism and national identity. 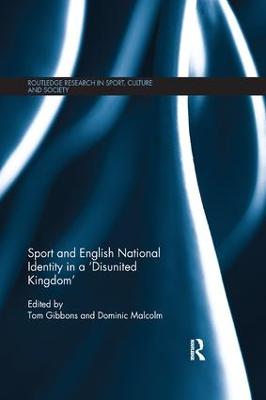 » Have you read this book? We'd like to know what you think about it - write a review about Sport and English National Identity in a `Disunited Kingdom' book by Tom Gibbons and you'll earn 50c in Boomerang Bucks loyalty dollars (you must be a Boomerang Books Account Holder - it's free to sign up and there are great benefits!)

Tom Gibbons is a Senior Lecturer in Sports Studies at Teesside University, UK. He is author of English National Identity and Football Fan Culture: Who are ya? and co-editor of The Impact of the 2012 Olympic and Paralympic Games: Diminishing contrasts, increasing varieties. Tom has published various research articles and book chapters on the sociology and history of sport in the following topic areas: English/British national identity; globalisation and European integration; fandom; media; violence/hooliganism; disability; Christianity; football; endurance sport; and qualitative research methods Dominic Malcolm is Reader in the Sociology of Sport at Loughborough University, UK. He has published widely in the sociology of sport including the Sage Dictionary of Sports Studies, Sport and Sociology and Sport and Society: A Student Introduction. His core research interests draw on and apply the theoretical ideas of Norbert Elias's figurational sociology to two substantive areas: the social development of cricket; and sport, health and medicine. In these fields he has published Globalizaing Cricket: Englishness, Empire and Identity, The Social Organization of Sports Medicine and most recently Sport, Medicine and Health: The medicalization of sport?

A Preview for this title is currently not available.
More Books By Tom Gibbons
View All