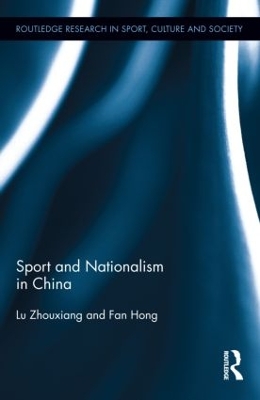 Sport and Nationalism in China

Description - Sport and Nationalism in China by Zhouxiang Lu

This book examines the relationships between sport, nationalism and nation building in China. By exploring the last 150 years of Chinese history, it offers unparalleled depth and breadth of coverage and provides a clear grasp of Chinese sports nationalism from both macro and micro perspectives. Beginning with a discussion on the role of sport in the Qing Dynasty's Self-Strengthening Movement (1861-1895), the book examines how sport contributed to the shaping of the early forms of Chinese nationalism in the late 19th century. It identifies and defines the core functions of sport in the Chinese Nationalist Revolution which successfully transformed China from a culturally bound empire to a modern nation state in 1911. The following section, on the Republic of China Era (1912-1949), explores the interactions between sport and the construction of Chinese nationalism and national consciousness, illustrating how sport played its part in the building of the newly established nation state. Moving on to the Communist China Era (1949-present), the book scans the whole spectrum of both modern and contemporary Chinese nationalism and interprets the most important issues on the course of China's nation building, explaining why sport is so tightly bound up with nationalism and patriotism, and how sport became an essential part of nationalists', politicians' and educationalists' strategy to revive the Chinese nation.

Other Editions - Sport and Nationalism in China by Zhouxiang Lu 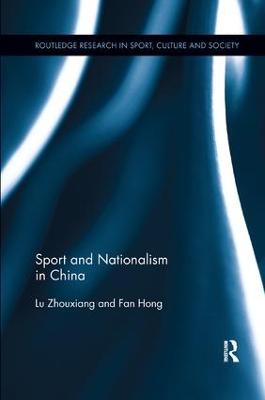 Book Reviews - Sport and Nationalism in China by Zhouxiang Lu

» Have you read this book? We'd like to know what you think about it - write a review about Sport and Nationalism in China book by Zhouxiang Lu and you'll earn 50c in Boomerang Bucks loyalty dollars (you must be a Boomerang Books Account Holder - it's free to sign up and there are great benefits!)

Lu Zhouxiang is a lecturer in Chinese Studies in the School of Modern Languages, Literatures and Cultures at National University of Ireland, Maynooth. Fan Hong is Winthrop Professor in Asian Studies and Director of Confucius Institute at the Faculty of Arts, the University of Western Australia.

A Preview for this title is currently not available.
More Books By Zhouxiang Lu
View All

Olympics in Conflict: From the Games of the New Emerging Forces to the Rio Olympics
$70.19 $77.99

Delivering Olympic and Elite Sport in a Cross Cultural Context: From Beijing to London
$70.19 $77.99