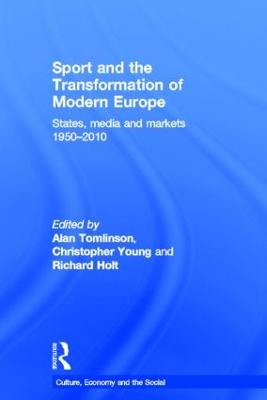 Sport and the Transformation of Modern Europe

Description - Sport and the Transformation of Modern Europe by Alan Tomlinson

In the modern era, sport has been an important agent, and symptom, of the political, cultural and commercial pressures for convergence and globaliZation. In this fascinating, inter-disciplinary study, leading international scholars explore the making of modern sport in Europe, illuminating sport and its cultural and economic impacts in the context of the supra-state formations and global markets that have re-shaped national and trans-national cultures in the later twentieth century. The book focuses on the emergence and expansion of media markets, high-performance sport's transformation by, and effects upon, Cold War dynamics and relations, and the implications of the Treaty of Rome for an emerging European identity in sport as in other areas (for example, the influence of soccer's governing body in Europe, UEFA, and its club and international competitions). It traces the connections between the forces of ideological division, economic growth, leisure consumption, European integration and the development of European sport, and examines the role of sport in the changing relationship between Europe and the US.
Illuminating a key moment in global cultural history, this book is important reading for any student or scholar working in international studies, modern history or sport. 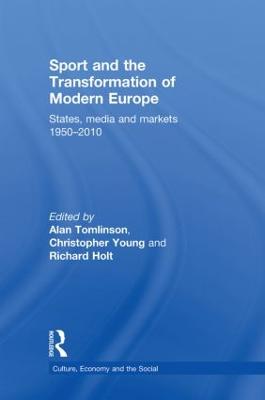 » Have you read this book? We'd like to know what you think about it - write a review about Sport and the Transformation of Modern Europe book by Alan Tomlinson and you'll earn 50c in Boomerang Bucks loyalty dollars (you must be a Boomerang Books Account Holder - it's free to sign up and there are great benefits!)

Alan Tomlinson is Professor of Leisure Studies and Director of Research in the Centre for Sport Research, Chelsea School, University of Brighton, UK. He has authored and edited numerous works on mainly sociological, but also historical, aspects of sport, leisure and consumption. Christopher Young is Reader in Modern and Medieval German Studies in the Department of German and Dutch, Faculty of Modern and Medieval Languages, University of Cambridge, UK, and a Fellow of Pembroke College. He has authored and co-edited eight books on German language, literature and culture, and a further five volumes and journal special issues on international sport. Richard Holt is Professor of History in, and Director of, the International Centre for Sports History and Culture, De Montfort University, Leicester, UK. He has previously worked as a Senior Research Fellow at the University of Leuven (Belgium) and as a Lecturer in History at Stirling University. He has written general histories of both British and French sports.

A Preview for this title is currently not available.
More Books By Alan Tomlinson
View All