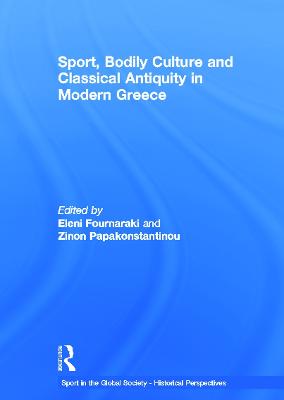 Ancient Greece was the model that guided the emergence of many facets of the modern sports movement, including most notably the Olympics. Yet the process whereby aspects of the ancient world were appropriated and manipulated by sport authorities of nation-states, athletic organizations and their leaders as well as by sports enthusiasts is only very partially understood. This volume takes modern Greece as a case-study and explores, in depth, issues related to the reception and use of classical antiquity in modern sport, spectacle and bodily culture. For citizens of the Greek nation-state, classical antiquity is not merely a vague "legacy" but the cornerstone of their national identity. In the field of sport and bodily culture, since the 1830s there had been persistent attempts to establish firm and direct links between ancient Greek athletics and modern sport through the incorporation of sport in school curricula, the emergence of national sport historiographies as well as the initiatives to revive (in the 19th century) or appropriate (in the 20th) the modern Olympics.
Based on fieldwork and unpublished material sources, this book dissects the use and abuse of classical antiquity and sport in constructing national, gender and class identities, and illuminate aspects of the complex modern perceptions of classicism, sport and the body. This book was previously published as a special issue of the International Journal of the History of Sport.

» Have you read this book? We'd like to know what you think about it - write a review about Sport, Bodily Culture and Classical Antiquity in Modern Greece book by Eleni Fournaraki and you'll earn 50c in Boomerang Bucks loyalty dollars (you must be a Boomerang Books Account Holder - it's free to sign up and there are great benefits!)

Eleni Fournaraki is Assistant Professor in Modern Social History at the University of Crete. Her research interests focus on normative discourses on gender difference in19th century Greece, especially within the field of education. She has edited an anthology of sources on gender and education, Girls' Education and Training: Greek Discourses (1830-1910): An Anthology (Historical Archives of Greek Youth -- General Secretariat of Youth: Athens 1987) and published many scholarly articles on the history of physical education and sport in 19th century Greece, the history of women's periodicals, gender history and citizenship. Zinon Papakonstantinou is Lecturer in Ancient History at the University of Athens. He has authored Lawmaking and Adjudication in Archaic Greece (Duckworth: London 2008) and edited Sport in the Cultures of the Ancient World: New Perspectives (Routledge: London 2010). He has also published numerous scholarly articles on ancient Greek law, sport, commensality and alcoholic drinking.