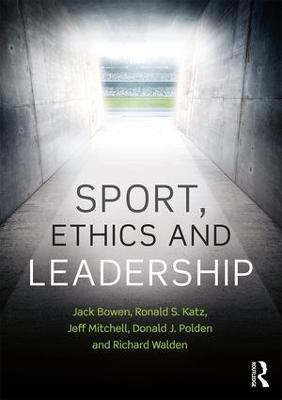 Everybody involved in sport, from the bleachers to the boardroom, should develop an understanding of ethics. Sport ethics prompt discussion of the central principles and ideals by which we all live our lives, and effective leadership in sport is invariably ethical leadership. This fascinating new introduction to sport ethics outlines key ethical theories in the context of sport as well as the fundamentals of moral reasoning. It explores all the central ethical issues in contemporary sport: from violence, hazing, and gambling to performance enhancement, doping, and discrimination.

This book not only investigates the ethical, social, and legal underpinnings of the most important issues in sport today, but also introduces the reader to the foundations of ethical leadership in sport and discusses which leadership strategies are most effective. Each chapter includes original real-world case studies, learning exercises, and questions to encourage students to reflect on the ethical problems presented.

Other Editions - Sport, Ethics and Leadership by Jack Bowen 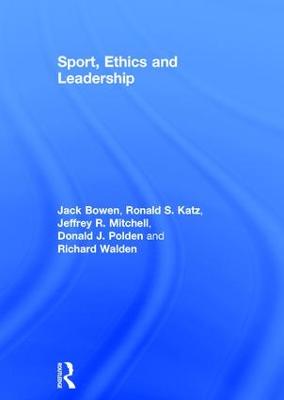 » Have you read this book? We'd like to know what you think about it - write a review about Sport, Ethics and Leadership book by Jack Bowen and you'll earn 50c in Boomerang Bucks loyalty dollars (you must be a Boomerang Books Account Holder - it's free to sign up and there are great benefits!)

Jack Bowen writes on sports ethics for the Institute of Sports Law and Ethics and Positive Coaching Alliance (PCA), USA. He graduated from Stanford University with Honors in Human Biology and received his Master's from California State University, Long Beach, with an emphasis on the Philosophy of Sport summa cum laude. He was a two-time All-American water polo player at Stanford, has been recognized as a national award-winning coach by PCA and USA Water Polo, and has written three books on philosophy. Ronald S. Katz is a sports attorney at GCA Law Partners LLP, USA. He received his B.A. from New York University summa cum laude; his M.A. from Oxford University, where he was a Rhodes Scholar; and his J.D. from Harvard Law School. He co-founded the Institute of Sports Law and Ethics, which is at the University of the Pacific; was its first Chair; and now is Chair Emeritus. He has written extensively on sports ethics, including contributions to Forbes.com in 2015-2016. In 2016 he was a Distinguished Careers Institute Fellow at Stanford University. Jeffrey R. Mitchell is the Senior Associate Athletic Director for External Operations at Santa Clara University, USA. With a diverse background in intercollegiate athletics administration, Mitchell has experience directing units responsible for revenue generation, media relations, ticketing and marketing, academic support, business operations, and NCAA compliance. Mitchell earned a Bachelor's degree and a Master's in Business Administration from Millsaps College. He also earned a J.D. from the University of Mississippi School of Law. Donald J. Polden is Dean Emeritus and Professor of Law at Santa Clara University, USA. He received his B.B.A. from George Washington University and his J.D. from Indiana University School of Law, Indianapolis. He teaches courses in sports law and policy, and antitrust law. He is Chair of the Board of Directors of the Institute of Sports Law and Ethics at the University of the Pacific and is the author of several books and articles on competition law, higher education, and employment law. He is a regular contributor to the Huffington Post on issues of business and law. Richard Walden is an attorney in Los Angeles, USA. He obtained his B.A. in Political Science from Texas Christian University and his J.D. from the University of Texas School of Law. He has represented professional athletes for over 20 years. In addition to teaching sports law for the University of San Francisco's Master's Program in Sport Management for over a decade, he has guest lectured on the subject at several colleges and universities.

A Preview for this title is currently not available.
More Books By Jack Bowen
View All