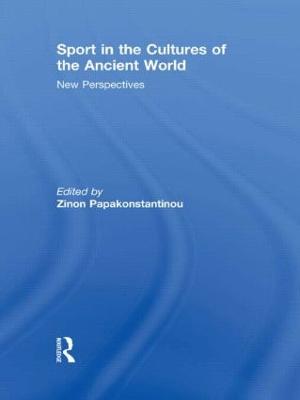 Sport in the Cultures of the Ancient World

Sport has been practised in the Greco-Roman world at least since the second millennium BC. It was socially integrated and was practised in the context of ceremonial performances, physical education and established local and international competitions including, most famously, the Olympic Games. In recent years, the continuous re-assessment of old and new evidence in conjunction with the development of new methodological perspectives have created the need for a fresh examination of central aspects of ancient sport in a single volume. This book fills that gap in ancient sport scholarship.

When did the ancient Olympics begin? How is sport depicted in the work of the fifth-century historian Herodotus? What was the association between sport and war in fifth- and fourth-century BC Athens? What were the social and political implications of the practice of Greek-style sport in third-century BC Ptolemaic Egypt? How were Roman gladiatorial shows perceived and transformed in the Greek-speaking east? And what were the conditions of sport participation by boys and girls in ancient Rome? These are some of the questions that this book, written by an international cast of distinguished scholars on ancient sport, attempts to answer. Covering a wide chronological and geographical scope (ancient Mediterranean from the early first millennium BC to fourth century AD), individual articles re-examine old and new evidence, and offer stimulating, original interpretations of key aspects of ancient sport in its political, military, cultural, social, ceremonial and ideological setting.

This book was previously published as a special issue of the International Journal of the History of Sport.

Buy Sport in the Cultures of the Ancient World by Zinon Papakonstantinou from Australia's Online Independent Bookstore, Boomerang Books. 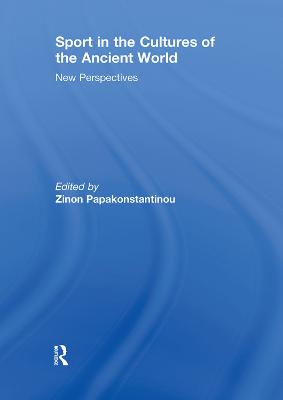 » Have you read this book? We'd like to know what you think about it - write a review about Sport in the Cultures of the Ancient World book by Zinon Papakonstantinou and you'll earn 50c in Boomerang Bucks loyalty dollars (you must be a Boomerang Books Account Holder - it's free to sign up and there are great benefits!)

Zinon Papakonstantinou is Assistant Professor of Hellenic Studies at the University of Washington. He has authored Lawmaking and Adjudication in Archaic Greece, Duckworth: London 2008 and articles on Greek law, sport and commensality.

A Preview for this title is currently not available.
More Books By Zinon Papakonstantinou
View All