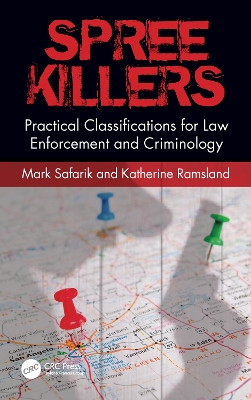 Spree Killers: Practical Classifications for Law Enforcement and Criminology is the only exhaustive, up-to-date analytical book on spree killers, standing apart from those dedicated to mass murderers and serial killers.

Multicides have traditionally been categorized as double, triple, mass, serial and spree-while, mass and serial have been further divided into subcategories. Spree killing, which involves the killing of at least three persons at two or more locations due to a precipitating incident that fuels the urge to kill, remains a poorly defined concept. In the United States, the Federal Bureau of Investigation (FBI) eliminated this term from its multicide nomenclature in 2005, but the authors examination of 359 cases involving 419 spree killers from 43 countries shows that not only is there enough diversity among spree killers to form classifications-similar to those devised for mass and serial-but also that subtypes offer distinct utility for identification, tracking, and warning potential targets.

Spree Killers outline the designation of spree killer specifically and thoroughly. In addition to looking at existing literature, specific cases, and the behavioral patterns, it offers a fully worked up profile for the typology. The behaviors and motives for spree killers align in six categories, which are detailed in full. The book provides unique insight for police, forensic, and investigative personnel into what to look for to respond to, and-in some cases identify and stopping-certain types of spree killings. 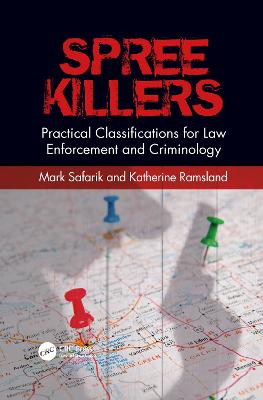 » Have you read this book? We'd like to know what you think about it - write a review about Spree Killers: Practical Classifications for Law Enforcement and Criminology book by Mark Safarik and you'll earn 50c in Boomerang Bucks loyalty dollars (you must be a Boomerang Books Account Holder - it's free to sign up and there are great benefits!)


A Preview for this title is currently not available.
More Books By Mark Safarik
View All