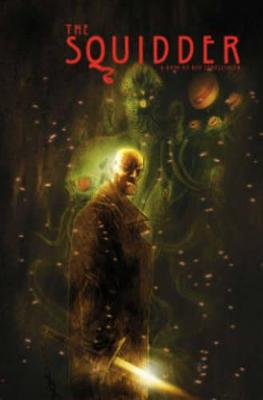 Description - The Squidder by Ben Templesmith

This all-new story finds an old soldier from a forgotten war in a post-apocalyptic world that has left him behind. He was one of the last of the legendary Squidder Legions. Can a discarded relic with a death wish and a rebellious Squid priestess overthrow humanity's tentacled alien overlords? Ben Templesmith returns to his roots to finally do the tentacle/Cthulhu-orientated book he's always promised! The Squidder mixes action, horror, science fiction, and fantasy elements with a touch of Squidly destruction.

» Have you read this book? We'd like to know what you think about it - write a review about Squidder book by Ben Templesmith and you'll earn 50c in Boomerang Bucks loyalty dollars (you must be a Boomerang Books Account Holder - it's free to sign up and there are great benefits!)