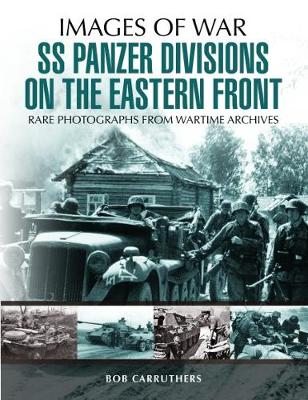 Rare photographs from SS sources illustrating the armoured formations which took part in this titanic struggle. Includes rare images of the Panther in action. AUTHOR; Bob Carruthers is one of the UK's leading military historians and is famous in the UK for the bestselling book The Wehrmacht in Russia, published by Pen & Sword, which topped Amazon bestseller charts in 2012. Bob is also an Emmy AwardTM winning filmmaker whose work in the form of series such as Battlefield, Line of Fire, and Weapons of War are channel staples that are shown on BBC, Channel 4, Discovery, PBS and numerous other channels around the world. 200 illustrations

» Have you read this book? We'd like to know what you think about it - write a review about SS Panzer Divisions on the Eastern Front book by Bob Carruthers and you'll earn 50c in Boomerang Bucks loyalty dollars (you must be a Boomerang Books Account Holder - it's free to sign up and there are great benefits!)